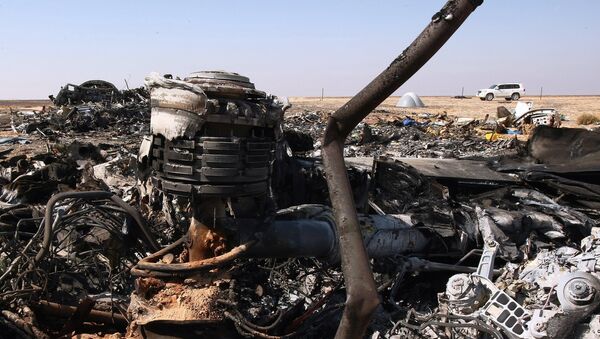 © Sputnik / Maxim Grigoryev
/
Go to the photo bank
Subscribe
Russian experts will take part in all stages of the investigation of the Kogalymavia flight 9268 disaster.

"Russian experts from Rosaviatsia, Kogalymavia itself, the State Air Traffic Management Corporation, as well as the Interstate Aviation Committee began work on November 1. They have the relevant authority and will, together with Egyptian partners, take part in the investigation at all stages," Sokolov told Rossiya 1 television.

He noted that Russian specialists have already been able to study the condition of the black boxes from the crashed plane.

On October 31, an Airbus A321 operated by Russian airline Kogalymavia, crashed while flying from Sharm El-Sheikh to St. Petersburg. All 224 people on board were killed in what has become the largest civil aviation disaster in Russian history.

According to Egyptian President Abdel Fattah Sisi, the investigation could take several months.

Several other countries have also expressed their willingness to take part in the investigation.