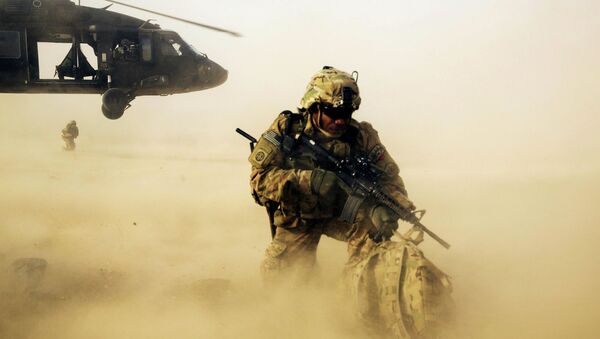 © REUTERS / Lucas Jackson
Subscribe
International
India
Africa
US government spends millions on military assistance programs for more than 100 countries annually yet American-trained foreign soldiers are incapable of protecting their homeland although they are often better trained and better equipped than their adversary.

"One of the things we [the US Army] are going to do … is train, advise, and assist other nation's armies so that they can protect themselves and maintain the stability of their own countries," Gen. Mark A. Milley, chief of staff of the US Army, said recently. The problem is they cannot.

Take Afghanistan or Iraq, for instance.

The US-trained Iraqi Armed Forces number more than 270,000 soldiers. In early June 2014, approximately 1,000 Islamic State fighters launched an offensive on the second largest Iraqi city of Mosul putting some 10,000 Iraqi security forces to flight. The former literally dropped their weapons and ran away.

We trained Iraqi army for 8?yr. They run away from 400 ISIS abandoning millions in US equipment. We are truly governed by incompetents.

US War Machine Repeating Mistakes It Made in the Sixties - Esquire
Experts say that ISIL would have taken larger territories under control if Iran did not come to Iraq's rescue in mid-2014. On the contrary, the multinational US-led coalition did not help the Iraqi security forces to defend another key city in May 2015. Baghdad-led forces abandoned Ramadi, the capital of Anbar province, as ISIL militants rushed into the area.

Iraq's security situation is quite similar to that of Afghanistan.

The 200,000-strong Afghan Armed Forces, trained by the US, have been unable to defend the country from the Taliban after the United States withdrawal. In late September, the insurgent group shocked Kabul-led forces when it overran Kunduz, the capital of a province of the same name. Although Taliban fighters were forced out of the city, questions remain whether the US-trained Afghan forces are capable of containing resurgent militants let alone destroy them.

Afghan National Army of 350,000 soldiers trained in 13 years with $65 billions by #USA,500 Talibans in#Kunduz made them run away @defencepk

In Syria, the US offered training to a limited number of so-called moderate rebels. In theory, Washington wanted to create a rebel army with thousands of soldiers. The $500 million program, however, produced fewer than a hundred and ultimately resulted in "four or five" fighters on the ground. Most of the rest joined radical groups, like ISIL and al-Nusra Front, the al-Qaeda offshoot in Syria, or were killed. 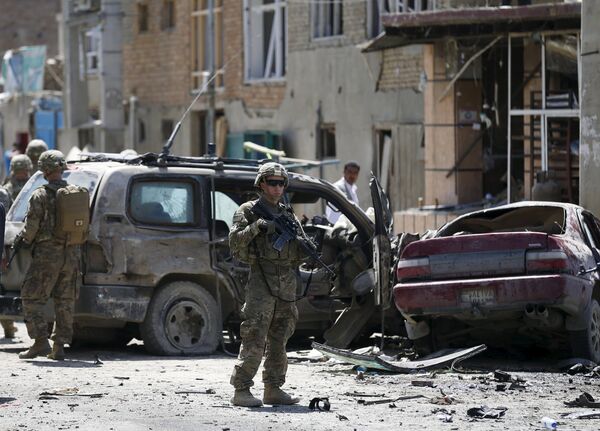 US soldiers arrive at the site of an attack in Kabul, Afghanistan May 17, 2015
© REUTERS / Mohammad Ismail

Other telling examples include Indonesia in early 1990s or Mali in 2010s, where US-trained local forces were responsible for indiscriminate killings.

"US military aid looks much better on paper than in practice, in large part because it is often delivered as if on autopilot without a reasoned discussion of its merits. The State Department largely offers rubber-stamp approvals, and the Foreign Service currently lacks personnel with the expertise needed to engage in a rigorous debate with the Pentagon about who deserves aid and why," John Norris noted in an opinion piece titled "Is America Training Too Many Foreign Armies?"

Milley made his comments while in Ukraine. The US general visited the Yavoriv training center where approximately 300 paratroopers from the US Army's 173rd Airborne Brigade train Ukraine's National Guard as part of the Fearless Guardian mission. The US plans to expand the mission to include six squadrons of the Ukrainian Armed Forces.

If history is any indication, Ukrainian soldiers might end up being well-trained and well-equipped but incapable of fighting, like many of their peers in Iraq or Afghanistan.