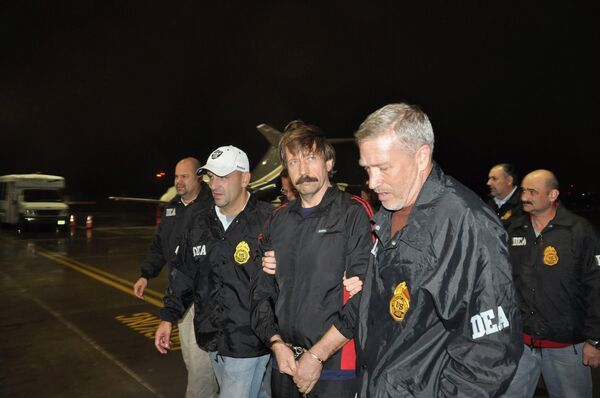 "We will put forward a complaint that the district judge wrongly did not allow us to raise this issue and wrongly dismissed the request for a new trial," Tarasov said on Monday. "This will happen on Friday, the maximum period of time when we can do it."

US Judge Rejects UN SC Resolution as New Evidence in Case of Viktor Bout
Tarasov plans to submit the appeal to the US Court of Appeals for the Second Circuit in hopes that the court will reopen the case.

On Monday, Scheindlin said that a UN Security Council resolution that lifted sanctions against Bout on September 2 cannot be accepted as new evidence in an effort to overturn his conviction.

Bout was arrested in Bangkok in 2008 in a joint operation between Thailand and the United States, which accused him of conspiring to kill US soldiers by allegedly agreeing to supply Colombian militants with weapons.