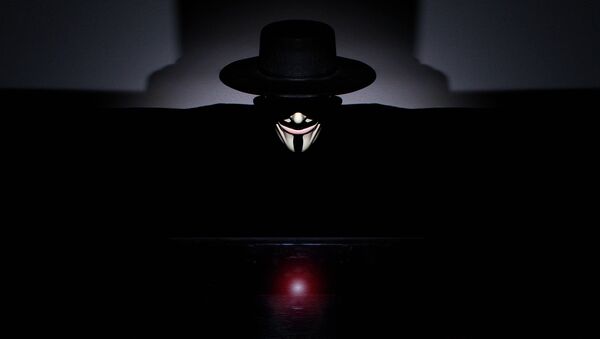 On Monday morning, Anonymous “hacktivists” released a list of names of people they allege are members of the notorious Ku Klux Klan, including four US Senators, five mayors, and several law enforcement officers.

Mayor Jim Gray, who is openly gay, has vehemently denied the accusation, posting to Twitter that he is opposed to everything the KKK stands for.

Senator Dan Coats has also taken to Twitter to state that he deplores “all forms of racial discrimination,” and called the allegations “baseless Internet garbage of the worst kind.”

“People have been spreading a report from the Internet that I am involved with the KKK. This report is a hoax and is absolutely false,” Mayor Paul Fraim of Norfolk, Virginia, said on Facebook.

Mayor Madeline Rogero has also taken to social media to deny the allegations.

“I’m not even sure this is worth responding to, but for the record: There is a list circulating online purporting to “out” elected officials as members of the KKK. For reasons unfathomable to me or anyone who knows me, my name is on the list. Given my background, my interracial family, my public record and my personal beliefs, this would be hilarious except that it is probably being seen by a lot of people who have no idea who I am,” Rogero wrote on Facebook.

John Cornyn is the current majority whip, meaning that he is currently one of the most powerful members of the US Senate.  He is listed as having an affiliation with the United White Knights of the KKK, and as of the time of this story's more recent update, has not yet commented on the outing.

The hacking group claims that they obtained the membership lists after taking over a KKK Twitter account.

A member of the group, using the alias “Amped Attacks,” has also posted evidence that they are the ones who have been forcing KKK and other racist websites offline recently.

"All I can really say without fully admitting to federal charges is that several databases were dumped from different KKK websites that all linked their emails to the politicians in question and the only way their emails would have been on there to begin with is if they showed support when signing up for [the site] or filled out an application,” Amped Attacks told the IBTimes.

The release is in retaliation for threats against protesters during last year’s protests in Ferguson, Missouri, over the police killing of unarmed teen Michael Brown.

The op began last year, when the group published a large dump of names associated with the hate group.

The group has vowed to release more names on November 5, a day of global protests dubbed “The Million Mask March,” an annual protest organized by the hacktivist collective.

"We took this grudge between us rather seriously,” a press release for the operation stated. “You continue to threaten anons and others. We never said we would only strike once… The aim of this operation is digital. Another cyber war tryst, nothing more. We are not violent. We will release, to the global public, the identities of up to 1,000 klan members, Ghoul Squad affiliates and other close associates of various factions of the Ku Klux Klan across the Unites States.”