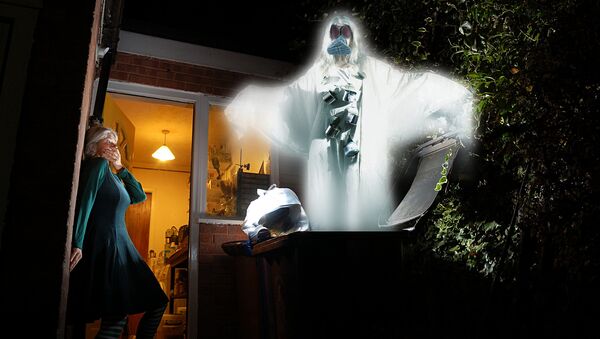 © Flickr / Apionid
Subscribe
A poll carried out for the Swedish Sceptics' Association found that the number of Swedes who believe in ghosts has risen to 16 percent, from 12 percent in 2008.

Welcome Home: Swedes Slap Ikea Founder With First Tax Bill in 40 Years
The number of Swedes who believe in ghosts has increased from 12 percent in 2008 to 16 percent, and 37 percent believe in 'paranormal phenomena,' up from 33 percent, according to a new survey.

The survey was carried out by the polling organization Demoskop on behalf of the 'Swedish Sceptics' Association,' an organization which aims to promote public awareness about scientific methods and results, and fight pseudoscience.

The increasing belief in the paranormal, up from 33 percent in 2008, is in contrast to a declining belief in God, the research found. In 2008, 35 percent of people said they believed in God, but in the latest survey, that figure was just 21 percent.

Sweden to Tighten Immigration Laws Amid Record Refugee Inflow
According to the Global Index of Religiosity and Atheism, Sweden is one of the least religious countries in the world; in 2012 only 29 percent of Swedes claimed to be religious, compared with 59 percent globally.

David Thurfjell, professor of religion at Södertörn University, told The Local in Sweden that he was not surprised at results indicating an upswing in paranormal beliefs.

The pollsters asked 1,113 randomly selected Swedes about their attitudes to science, conspiracy theories, medicine and health, and faith, and examined differences in belief among social groups.

Among voters of parliamentary parties, for example, the pollsters found some interesting differences in people's attitudes; Left Party voters were more likely to believe in reincarnation, and Christian Democrats were skeptical about acupuncture.

One in five of the 1,113 Swedes who responded to the survey believe in UFO's, reported the Swedish Sceptics' Association, and almost one in ten female respondents believe the moon landing was a hoax.

One particularly surprising finding was that dowsing, a way of finding hidden objects using a rod or stick hung from a string, was believed to be a reliable way of finding water by almost half of respondents with only a basic school education.