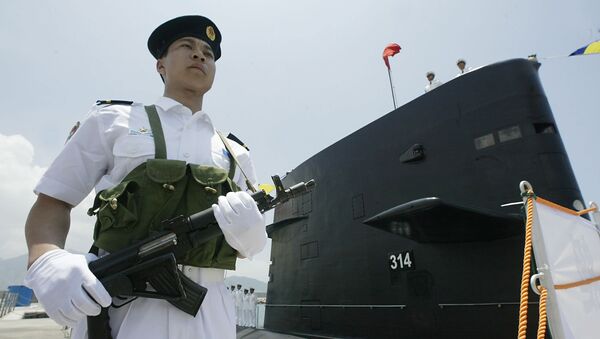 © AFP 2021 / MIKE CLARKE
Subscribe
There are at least three types of weapons used by the Chinese that "could play a role" if Beijing and Washington go toe-to-toe over the South China Sea, according to the National Interest's Defense Editor Dave Majumdar.

China to US: Minor Provocative Act in South China Sea Could Spark War
The National Interest has decided to look into three types of deadly weapons that China could use against the US if a confrontation occurs between the two countries due to the South China Sea issue.

Dave Majumdar's article, published by the National Interest, came as China pledged to take "all necessary" measures to prevent future US Navy operations in the area.

Bejing referred to the guided missile destroyer USS Lassen, which recently passed within twelve nautical miles of a man-made Chinese island in the South China Sea.

As far as China's weaponry is concerned, Washington should first of all beware of mines, which Majumdar said could be hidden beneath the waves within the twelve-mile zone around the South China Sea's artificial islands.

He recalled that underwater mines "damaged more US Navy ships since the Second World War than every other type of weapon combined."

"China has learned the lessons of history well while the US Navy has only recently reinvigorated its mine warfare efforts. Indeed, the Chinese fleet has at least forty mine warfare ships and it is continually improving its capabilities," Majumdar said.

In addition, China prefers to develop sophisticated sea mines, while the US "continues to dither on the Remote Minehunting System, he added.

Majumdar referred to a Chinese fleet of diesel-electric submarines (SSK) that he said "could be a very dangerous threat" during the potential armed conflict between Beijing and Washington in the South China Sea.

"While SSKs don't have nearly the speed, endurance or overall capabilities of a nuclear-powered attack submarine, they are incredibly quiet," the author said.

He specifically pointed to the fact that it is very difficult to detect such submarines in "tight littoral waters", something that Majumdar said prompted some to refer to these vehicles as "a hole in the water." 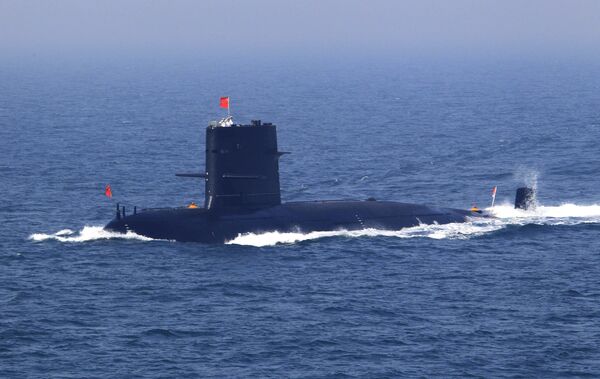 "It also has its own indigenous Type 039 Yuan-class SSKs, which incorporate air-independent propulsion systems that enable them to stay submerged for extended periods," Majumdar said.

These submarines, which are equipped with a spate of cruise missiles and torpedoes, pose a "deadly threat" to the US Navy, not least because surface warships are very vulnerable to undersea attacks, he added.

Commenting on the topic, Majumdar mentioned two Chinese surface warships, including the Type 052C destroyer Lanzhou and the frigate Taizhou, which he said tailed the lone US Navy destroyer Lessen during her passage near Subi Reef. 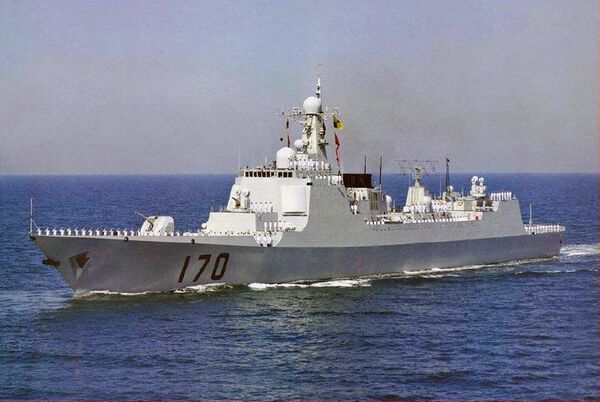 "While neither Chinese ship was a technological match to Lassen, the American vessel has almost no anti-ship capability except for its five inch gun and the anti-ship mode of its standard anti-aircraft missiles," Majumdar said.

In this regard, he added, these capabilities will fail "to do much damage to a major Chinese surface combatant."

US Pacific Commander to Visit China After US Ship Sails in Disputed Waters
Majumdar recalled that after the collapse of the Soviet Union, the US Navy focused on land-attack missions and neglected to develop anti-ship and anti-submarine warfare.

"The chickens have come home to roost as the Chinese ships massively out-stick Lassen with their array of long-range anti-ship missiles. Had the Chinese chosen to sink Lassen, it would have been sitting at the bottom of the South China Sea right now," the author pointed out.

He concluded by urging the US Navy command to concentrate on modernizing its warships with "proper anti-ship weapons" and to pay "much more attention to anti-submarine and mine warfare."