EU Members Must Do More to Protect Whistleblowers – Charity 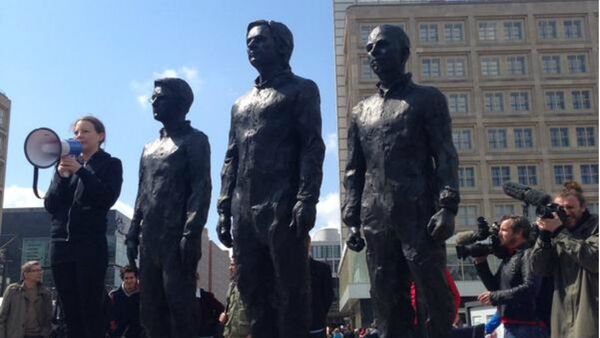 Members of the European Union must increase legal protections for whistleblowers, the chief executive of the Public Concern at Work charity told Sputnik on Friday.

"Much more could be done to protect whistleblowers in practice," Cathy James said.

She welcomed the European Parliament resolution, and stressed that if whistleblowers revealed information of public interest, they should be protected.

"I don’t think enough action is taken at the European level around the protection of whistleblowers, there are few countries that have comprehensive whistleblowers legislation and it is not something that we see as a having real driving force in the European Parliament," James said.

Danish Parties Push for Vote on Asylum for Whistleblower Snowden - Reports
As head of the whistleblowers charity, she stressed Public Concern at Work dealt with thousands of whistleblowers who may not be revealing top secrets but still require protection, because information they disclose is important to the public. Snowden "highlighted this dilemma that these individuals face every day."

The European Parliament resolution was adopted by a vote of 285 to 281, in which European lawmakers called on EU member states to drop criminal charges against Snowden, grant him protection and prevent extradition or rendition by third parties, in recognition of his status as a whistleblower and international human rights defender.

Snowden, a former US National Security Agency (NSA) contractor, released in 2013 a trove of classified documents detailing illegal bulk US intelligence data collection in the United States, Europe and around the world.

In the United States, he may face up to 30 years in prison on espionage charges for his revelations of the startling breadth and reach of global illegal surveillance activities by the US intelligence community.