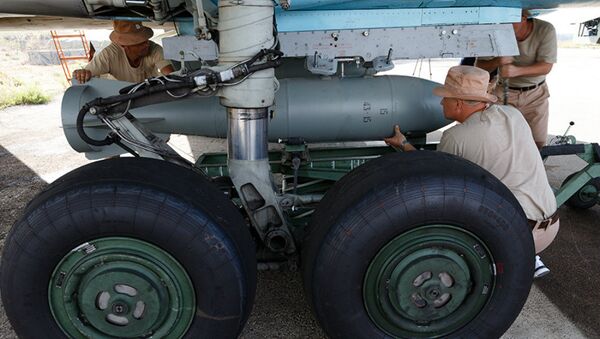 Nicolas Dhuicq, a member of the French legislative defense commission, said that ISIL not only sells crude oil, but "pays people to refine oil in its own places."

"As far as I know, ISIL’ budget is close to $2 billion. However, Islamic State-controlled oil sales have declined significantly in recent weeks due to the Russian campaign in Syria," Nicolas Dhuicq said.

In over a month of operations requested by Syrian President Bashar Assad, the Russian General Staff said over 1,600 terrorist objects were destroyed in nearly 1,400 sorties in Syria. A total of 131 ammunition and fuel depots have been destroyed since September 30, it said.

US Policymakers Missed Importance of Islamic State Oil Trade Through Turkey
Dhuicq, a French National Assembly Defense Commission member, added that the terrorist group that has gained ground in Syria and Iraq over the past years not only sells crude oil, but "pays people to refine oil in its own places."

He contended that the ISIL oil revenues originated mostly from private donors in Saudi Arabia, Qatar and Turkey.

A US Treasury Department spokesperson told Sputnik last week ISIL has generated up to $1.5 billion from looting banks and illicit oil proceeds of about $40 million per month.

Reports emerged this week claiming the ISIL earns monthly oil revenues through illicit sales and smuggling of up to $50 million. A former CIA official confirmed to Sputnik most illegal oil exports are likely to be conducted through Turkey.

Self-Styled ISIL Caliphate Will Stop at Nothing to Get Money for War
"ISIL is funded, probably, by Saudi Arabia and Qatar, which are trying to gain back their share of influence in the regions of Iraq and Syria against Iran. Until now, IS continues to receive money from these countries, most likely from private donors," Nicolas Dhuicq said.

Dhuicq, who estimated the ISIL budget at "close to $2 billion," claimed that Turkish donors were also involved in re-selling crude oil purchased from the terrorist organization.

"Money may also come from the secret services of the countries and also from Turkey," the French National Assembly Defense Commission member told Sputnik.

Saudi Arabia, Qatar and Turkey are part of a US-led coalition conducting anti-ISIL airstrikes in Iraq and Syria. The 60-nation coalition operates in Syria without approval from Damascus or the UN Security Council.