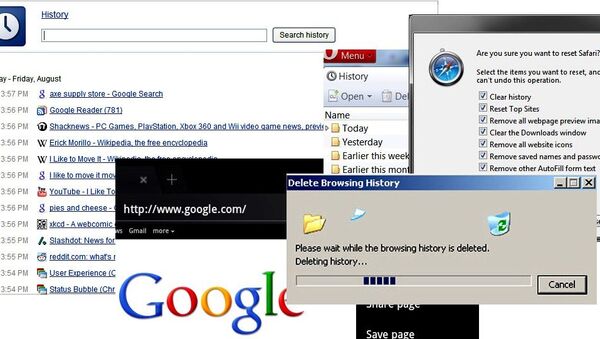 Police in Britain are set to be granted new powers to scrutinize every email, every internet search, and every website visited. The Home Secretary Theresa May is poised to introduce a new version of the Communications Data Bill to empower government agencies and police officers to carry out mass surveillance.

Reports in the British media reveal that senior police officers have successfully lobbied the government to force internet and telephone communications companies to disclose and retain the browsing history of customers for a year.

According to the Times and The Telegraph, the government's new surveillance bill set to be introduced in the House of Commons on Wednesday 4 November, will incorporate new powers for UK police.

"In the face of such threats we have a duty to ensure that the agencies whose job it is to keep us safe have the powers they need to do the job," Theresa May said.

UK Gov't Needs Tools to Intercept Online Communications Amid Terror Threat
Such powers would make it a legal requirement for companies to retain tens of millions customer's data for 12 months — in case intelligence officers or police need to investigate a suspect. However, they will need to get judicial approval to access the content of the websites.

A senior officer told the Times that it was "about everyday investigation rather than surveillance."

But the idea that every key stroke, every message, every search can be retained and scrutinized lawfully by police and government agencies, including the National Crime Agency and even HM Revenue and Customs, has alarmed privacy campaigners.

And with less than a week to go before the Home Secretary announces the bill, Andrew Parker, director general of MI5 has warned that Islamic State terrorists are planning big attacks in Britain.

"More than 750 extremists from this country have traveled to Syria, and the growth in the threat shows no sign of abating.

The head of MI5 also told the Lord Mayor of London's annual defense and security lecture that the current level of threat was the highest he had seen in his 32 year-long career.

"One top of that, in a range of attacks in Europe and elsewhere, this year we have seen greater ambition for mass casualty attacks."

"We have thwarted six attempts at terrorist attacks in the UK in the last year, and several plots overseas."

Parker also said the MI5 needed to update its "toolbox" to fight terror and hack attacks.

A week before the #SnoopersCharter is debated in the Commons, MI5 announces ISIS planning an attack on the UK. Coincidence? I dunno. Maybe.

The contents of the "toolbox" are yet to be officially announced. However, reports in the press of an unprecedented terror threat facing the UK amid revelations of what powers police and government agencies are calling for — and being granted — could be no coincidence ahead of Theresa May's announcement on Wednesday 4 November.