WTF to Careen Into Earth on Friday the 13th 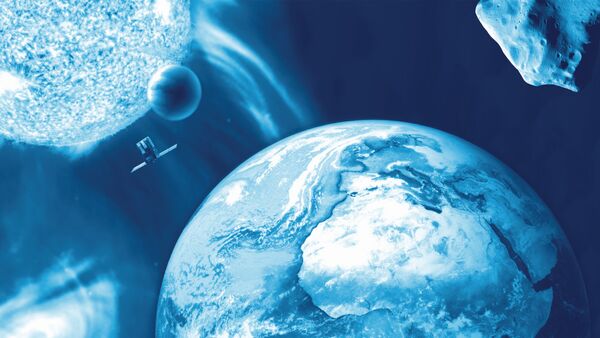 © Photo : ESA
Subscribe
A mysterious object from space will enter Earth's atmosphere in November -- on Friday the 13th, no less. Researchers are saying there’s no need to panic, but who really knows what might happen…

A chunk of space debris — more specifically, ‘a suspected rocket body’, as the European Space Agency (ESA) suggested — named WT1190F, or WTF, is set to enter the Earth’s atmosphere over Sri Lanka at 06:19 GMT on November 13. Most likely, what’s not burnt up after friction with the planetary atmosphere will splash down somewhere in the Indian Ocean.

An unidentified asteroid is going to hit the earth 13th November. It could be some old space junk or an alien satellite? The object is dubbed WT1190F. It is going to land in the ocean. #WT1190F #universe #space #asteroid #alien #satellite #spacejunk

For scientists, it’s a rare opportunity to “improve our understanding of how any object – man-made or natural – interacts with Earth’s atmosphere,” a statement on ESA’s website reads.

“Observing and studying the reentry will help improve orbital models and reentry prediction tools, and can be used by scientists studying near-Earth objects (NEOs), such as natural asteroids, or the orbital decay of artificial objects such as satellites,” the ESA explains.

WTF was first spotted in 2013 and has been observed several times since by a team from the University of Arizona’s Catalina Sky Survey. The three- to six-foot long junk orbits Earth once every three weeks with a non-circular, “eccentric” trajectory.

“The object is quite small, at most a couple of metres in diameter, and a significant fraction if not all of it can be expected to completely burn up in the atmosphere,” says Tim Flohrer with ESA’s Space Debris Office at the operations center ESOC in Darmstadt, Germany.

Reentry may be visible from ground — or maybe not #WT1190F Lots of uncertainty https://t.co/Be16jnUa54

The remnants of WTF are expected to fall about 100 km off the coast of Sri Lanka in the Indian Ocean. So sailors are advised to steer clear of that area in the morning on Friday the 13th, unless their boats come equipped with armored roofs.

I hear Sri Lanka is nice this time of year.