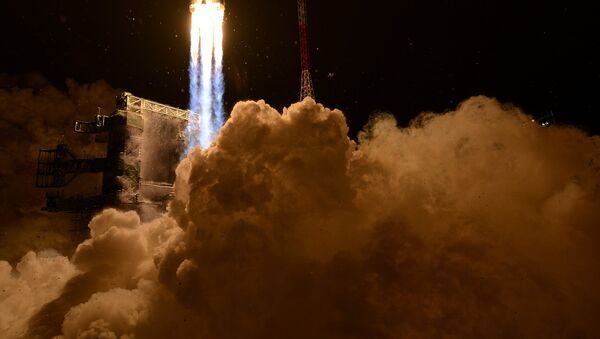 Organizing for Russian cosmonauts to fly to the Moon will require four launches of Angara-А5V heavy-class carrier rockets during the initial stage of the mission, head of Russia's Energia space corporation Vladimir Solntsev said Thursday.

Lady Cosmonaut: Russia Launches Unique Moon-Landing Experiment (VIDEO)
MOSCOW (Sputnik) — On Tuesday, Solntsev said that a manned lunar landing by Russian cosmonauts is planned for 2029, while a maiden flight of a new spacecraft made of composites specifically for moon missions is scheduled for 2021.

"We propose to implement a four-launches scheme for the initial phase of the flights to the moon. Then, having accumulated experience, we will move on to the super-heavy launch vehicle," Solntsev said as quoted by Russia's space agency Roscosmos on Facebook.

Solntsev added that the new Russian spacecraft, designed for a manned lunar landing, will be equipped exclusively with hardware components produced in Russia.