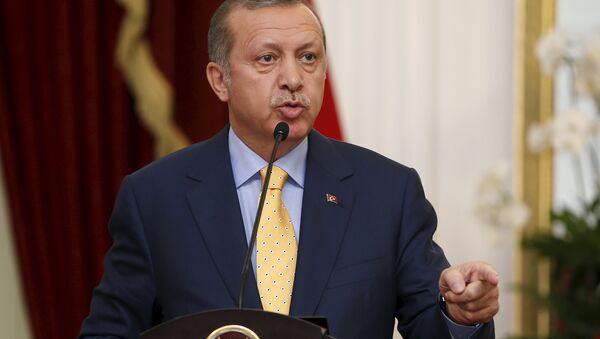 Turkey at Odds With NATO Allies Over Role of Kurds in Fight Against ISIL
ANKARA (Sputnik) — A group of US political strategists that consulted President Barack Obama's team during his second presidential campaign has been working with Turkey's pro-Kurdish Peoples' Democratic Party (HDP), advising them about the use of lies in the pre-election campaign, Turkish President Recep Tayyip Erdogan claimed Thursday.

"And this team suggested [to the Peoples' Democratic Party] to use lie and slander [in their election campaign]," Erdogan alleged in an interview with Turkey's Kanal 24.

According to assertions by the incumbent Turkish president who is also a candidate in the upcoming elections, US political strategists met with HDP representatives and media groups in Istanbul.

Alliance Between Turkey, US May Fall to Pieces Amid Syrian Campaign
"When the lie is repeated constantly, it is perceived as the truth," the Turkish leader claimed.

The HDP is a left-wing political party, associated with the Kurds, actively defending the rights of all ethnic minorities in Turkey. The HDP has maintained ties with the Kurdistan Workers' Party (PKK), a group labeled by Erdogan and several other institutions as a terrorist organization. In June, the HDP became the first Kurdish-associated political party to reach the 10 percent threshold for representation in parliament.