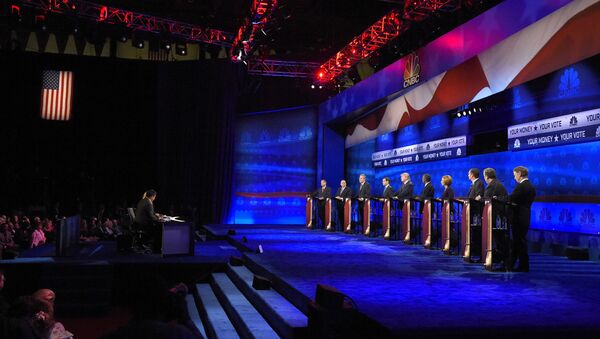 © AP Photo / Mark J. Terrill
Subscribe
The Republican candidates for the US presidency did not present a single new idea during their two-hour-long debate, Democrat hopeful Hillary Clinton said.

"Seems to me: 10 candidates. 0 new ideas," Clinton said in a text message to her supporters, as quoted by The Hill portal, during the debate.

Clinton is one of the Democratic frontrunners ahead of the vote. Retired neurosurgeon Carson is leading among the Republicans, according to recent polls.