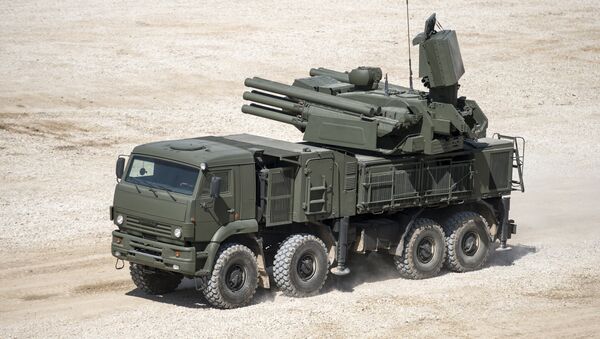 © Sputnik / Evgeny Biyatov
/
Go to the photo bank
Subscribe
According to spokesman for the Russian Defense Ministry’s Eastern Military District, the personnel of a surface-to-air missile regiment located in the Kamchatka Peninsula in the Russian Far East will undergo special training to master advanced Pantsir-S air defense systems.

"Over 30 people will learn the operating procedure and combat use of the new weapons systems. The conversion course will take 2 months. After the first stream, another group of military personnel from the same regiment will start the course," Capt. 1st Rank Roman Martov said.

During the training course, experts will examine the configuration of new weapons, the rules of their operation in various climatic conditions, including the Far North, maintenance and repair of the new anti-aircraft missile systems.

"The Pantsir-S anti-aircraft missile and gun complexes will be deployed to protect the borders of north-eastern Russia together with battalions of S-400 Triumf [missile defense systems]," the spokesman added.

Russia is currently undergoing a $325-billion rearmament program to modernize 70-percent of its military's weaponry by 2020.