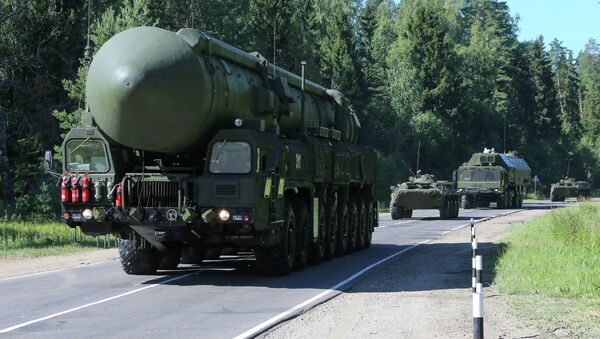 Choo, Choo! Russia Reviving Elusive ‘Nuke Trains' With 30 Yars ICBMs
MOSCOW (Sputnik) – The Yars is a multiple independently targetable reentry vehicle (MIRV) that contains several warheads. Great Britain, France, Russia, the United States, and China are the only countries believed to have these types of ICBMs in their arsenal.

“The military blocks arrived to the intended region at the Kura Range on the Kamchatka Peninsula. The set goals of the launch have been reached and the tasks have been completed in full,” Igor Egorov, a spokesman for the Defense Ministry’s  Strategic Missile Forces, said.