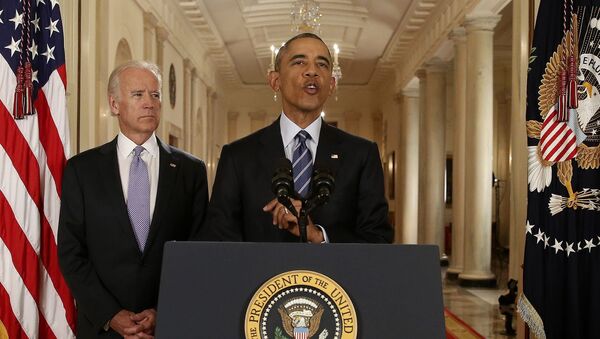 The number of Americans who died in gun-related incidents over the past 14 years is 4,000 times higher than the number of people killed by terrorists in the United States since 9/11, President Barack Obama said.

WASHINGTO (Sputnik) — More than 50 percent of US citizens think the country should tighten its gun control laws, according to a recent poll by Gallup.

Obama made the statement at the International Association of Chiefs of Police in Chicago, Illinois.

The US president noted that losing 400,000 people to gun violence is similar to losing the entire population of such cities as Cleveland or Minneapolis.

“I refuse to accept the notion that we could not have prevented some of those murders…if we have passed some common sense laws.”

Over the past year, the United States has seen a growing number of mass shooting incidents, including three school shootings this October. In other cases, shooters have opened fire in churches, movie theaters, and military facilities.