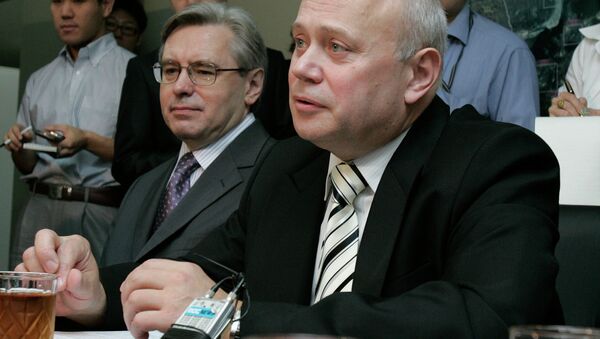 The Northeast Asia Peace and Cooperation Initiative kicked off on Tuesday in the South Korean capital of Seoul with Russian participation.

Russia Decides to Participate in Northeast Asia Security Forum in Seoul
In addition to Russia and South Korea, the peace and cooperation initiative brings together delegates from the United States, China, Japan and Mongolia, with the exception of North Korea. The forum is attended by representatives of the United Nations, the European Union and the Organization for Security and Co-operation in Europe (OSCE).

Russia first initiated the creation of a peace and security mechanism in Northeast Asia. Moscow chaired a six-party working group that met in Beijing in 2003-2008 after Pyongyang withdrew from the Nuclear Non-Proliferation Treaty (NPT). North Korea declared itself a nuclear power in 2005 and conducted three nuclear tests in 2006, 2009 and 2013.

Logvinov, who headed the group at the time, told RIA Novosti earlier that the six countries have worked out a series of regional principles that were later found to bear similarities to the 1975 Helsinki Final Act. The act aimed to improve relations between the West and former Soviet and Eastern European Warsaw Pact states.