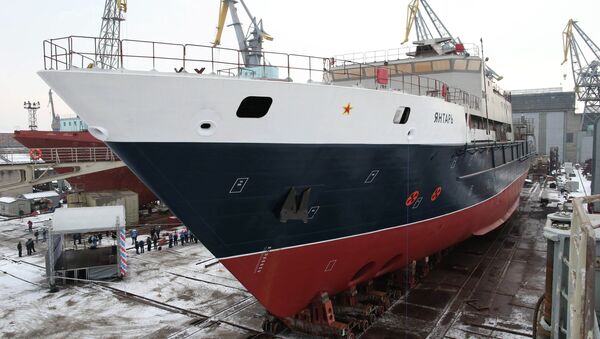 Some US military and intelligence officials worry that vital underwater global Internet communications cables may be under threat from Russian submarines and spy ships, US media reported.

Russian Nuclear Subs Will Get Advanced Reconaissance Equipment
MOSCOW (Sputnik) — According to The New York Times, US military and intelligence officials are concerned by the activities of Russian vessels along known routes of global communication cables which carry almost all global Internet communications. The Pentagon is reportedly paying significant attention to the issue.

The publication said, citing US officials, that Washington was monitoring the "increased" activity of Russian vessels near the cable routes.

"I’m worried every day about what the Russians may be doing," Rear Adm. Frederick J. Roegge, commander of the US Navy’s submarine fleet in the Pacific, was quoted as saying by the newspaper on Sunday.

Last month, the US intelligence reportedly detected Russian spy ship Yantar moving slowly through the US East Coast to Cuba. One important cable route comes ashore in that area. US Navy officials believe that the Yantar is equipped with the means of cutting cables.