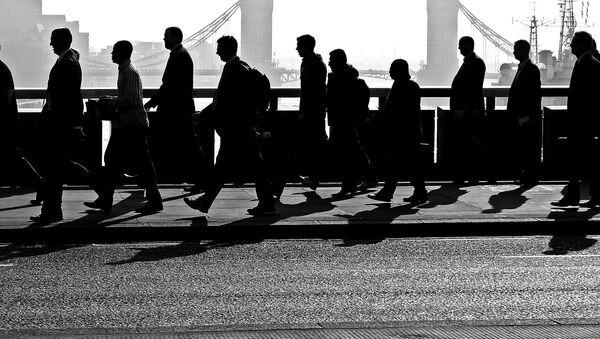 © Flickr / Chris Brown
Subscribe
International
India
Africa
Billionaire hedge fund are behind an anti-EU campaign aimed at taking the UK out of the European Union following a referendum promised by British Prime Minister David Cameron that would allow them to make millions by avoiding Brussels regulators.

Enria: " Progress in harmonisation banking rules across the EU is the pre-requisite for progress in financial integration"

UK can have an economically decent outcome from #brexit, or a democratically decent one, not both — blog https://t.co/ptEOdm9C1O #EUref

However, a split is emerging in the London financial center, with billionaire hedge fund managers putting their weight behind a campaign to take the UK out of the EU in an effort to maintain the capital’s control over its own regulatory system that will net the bankers millions of dollars in extra profits, once freed from Brussels.

Yet the governor of the Bank of England, Mark Carney, said last week that Britain’s membership of the EU had made Britain’s economy more open, dynamic and competitive, in a clear signal of his wish to keep the UK within the EU.

But, according to analysis by the London-based Independent newspaper, freed from the European financial regulatory regime, hedge funds – which specialize in high-risk, short-term investments – would save about £250m a year.

"There are quite a few hedge fund managers who are anti-EU," one Mayfair hedge fund boss, who did not want to speak publicly, told the newspaper. "Many are generally opposed to it."

"We joined an economic union, not a political union, and you should give voters a say. This is nothing to do with hedge funds and the EU. My criticism of the EU pre-dates the regulations which have come in."

Sir Michael Hintze, the fourth-richest hedge fund boss in Britain, is a board member of Business for Britain, which is affiliated to the Vote Leave campaign. He has complained in the past about how EU regulations are stifling financial markets. He told the Daily Mail newspaper last year:

"Do I really think that people would stop trading with us if we go outside the Eurozone? I don’t think so."

However, other bankers, including Goldman Sachs, Citigroup and Standard Chartered are campaigning to remain within the EU.