The Expat Files: What Life is Like For Foreigners in Moscow 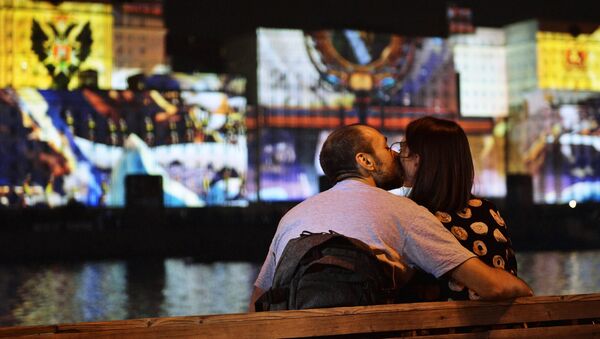 Iya Kobakhidze
All materials
The article represents an alternative view of expat's lifestyle in one of the most fascinating cities in the world with some tips for newcomers.

Moving to another country is always a challenge. I know what I am talking about as I have spent some years in Europe as a student and full-time contractor. But that’s Europe where everything looks like as it is.

Today we will talk about Russia and its life from the perspective of expats, people temporarily or permanently residing in a country different from the one of their citizenship. We won’t touch the causes they decided to change location but consider rather what does expatriating in Russia mean for them.

Russia can be attractive for foreigners despite Russian severe climate, western sanctions that put business in hard position and permanent traffic jams, stereotypes will be broken once and forever for those who consider Russia’s capital as a ‘never-ever-in-my-life’ destination.

Numerous websites tell weird and often terrifying stories about how foreigners should prepare themselves for coming to Moscow so to avoid cultural shock etc. Well, things are not that ambiguous and here is the reason why.

Paolo from Sweden and Giuseppe from Italy told me what it feels like for them to live in Russia.

Swedish perception of living in Moscow after Tokyo and New York

1.Why have you decided to move to Russia?

Paolo: I am writer, and that gives me a certain freedom to spend days like I want. Inspiration comes from the people you meet and the environments in which you spend your days. I often feel that I need to change my surroundings to fuel my inspiration. When I visited Moscow for the first time, I really liked it. When I got back to Sweden, I soon decided to be back in Moscow, this time for a longer period of time. Stockholm reminds me of Moscow in many ways, it has the same lifestyle in a way how people spend their spare time, they usually come to coffee shops, hang out with friends at the evenings. It’s essentially the same type of food and entertainment, and the same general vibe. The weather also reminds me of Sweden. And it’s close to Sweden, which simplifies traveling back and forth.

Guiseppe: I moved to Moscow because of my work, my boss launched a project and invited me to work as an architect; I don’t know whether I ever have this opportunity.

2.Do you think Moscow is attractive for expats?

Paolo: I would recommend my friends to come here but it totally depends on what you like about a city. I will give you a concrete example. When you talk with Russians from smaller cities about Moscow, they often say they don’t like being here. The reasons they list for Moscow being bad, are that it’s ”stressful”, ”lot’s of people everywhere”, ”fast life”. To me all those things are positive things! I like to have a lot of people around me, I like when a city is fast. I love everything about Tokyo and New York. As a matter of fact, some things could even be speeded up in Moscow to keep pace with other major cites. Anyway, people who like metropolitan areas and big cities, definitely will love Moscow.

Guiseppe: It’s certainly a very beautiful city with a lot of bars, restaurants and nightclubs, but what I miss is outdoor activities, I think social life is not well developed here.

3. What makes you feel you are at home here?

Paolo: The amount of coffee shops, type of food, lifestyle, architecture, and weather. People here act the same as they do in most major cities in the northern hemisphere. So I don’t feel estranged.

They say here that Moscow is not real Russia, but then again Stockholm is not real Sweden and New York is not representative for the rest of the US. So that argument doesn’t really matter, you don't move to a whole country you move to a city.

Moscow has most things you’d expect from a city but I miss two things.

I will sound like a snob but first one is about dining, I like sitting at a top rated Michelin restaurant and have 12-course dinner and my friends in Sweden do too. To my knowledge you have zero Michelin restaurants in Moscow. You used to have one run by a French dude, but it’s closed now.

And I also miss 7Eleven type convenience stores. If I want to go down and buy basic things like toothpaste in the middle of the night, you can’t just go down to the closest corner. You will have to find one of those big 24 hour supermarkets you have but they’re nowhere as frequent as what I’d like. I have anecdotally heard all the bad things about life in Russia, like corruption and a large part of the population getting paid with untaxed money in envelopes. I believe this is a big problem in this country, but because I don’t work for a Russian company nor have had any errands with officials here, I haven't encountered any of this.

Guiseppe: I can call a place ‘home’ when I find a good food there (laughing), Georgian cuisine actually meet my needs in food

Paolo: The new food experience, and the beautiful women. I had never tried Georgian food before coming to Moscow, which is absolutely amazing; it’s like a mix of Asian and European cuisine.

5. Winter, traffic, what else makes Moscow that unique compared to other major cities?

Paolo: I know Muscovites complain about traffic, but then again so do the inhabitants in all big cities. Listen to what they say about the traffic situation in LA for example. Or Stockholm for that matter. If you haven’t been to Manila, you know nothing about heavy traffic.

Guiseppe: The size maybe. It gets you 2 hours or so to get to a place.

6. Is everything at its most extreme here? Do you agree?

Paolo: No, Muscovites tend to think that but no. But it’s not more extreme here than anywhere else. What I have noticed though is that ‘premium’ here sometimes simply means they’ve raised the price. For example, a premium gym here compared to a non-premium one is often no different other than on the price tag. I guess it’s a way of saying it’s ”premium people” here rather than premium premises. I’m not sure what good comes out of that.

Guiseppe: I would say, you, guys, don’t have it in a balance that I got used to while living in Europe, which doesn’t mean right or wrong, just different.

7. How did you find the transition to living in a foreign country?

Paolo: I move around a lot. It’s been very easy here. You have Uber for quick transportation, you have Airbnb for quick housing and you have Internet. My laptop and an Internet connection is all I really need to get my work done. Oh, and I use Couchsurfing a lot to find events where I can meet people. In my line of work, you mostly sit alone in front of a computer screen. I don’t have a natural arena for meeting new friends, so Couchserfing kind of fills that need. It’s mostly expats using it, and the friends you meet there are mostly superficial, but sometimes-good things come out of it.

Guiseppe: I expected that it would be much more difficult but surprisingly, I have managed to settle in quite fast.

8.What is the cost of living in Russia compared to other capitals?

Paolo: I came from Sweden, which is one of the most expensive countries in the world. The only things I find expensive are property prices, but they’re not insane. I mostly use AirBnB, a service meant for a few days. So it’s more expensive for me than it should be, but for now it’ll do. I’m still not sure how long I want to or can stay here.

Guiseppe: Moscow is the first capital city I have lived in so far.

9. Anything to recommend to future expats?

Paolo: One’s you’ve done all the touristy things, go eat blinis at local mainstream places, they’re cheap and good. Enjoy nightlife, which is great in Moscow. Take a run in the park, go out of town and enjoy the nature to clear your mind sometimes. Keep in mind that cafes here actually mean diners for Americans or bistro for Europeans, they’re not just coffee shops despite their name. Do what you normally do in a big city.

Guiseppe: You’d better rent a place in the city centre so to enjoy walking on your way home and make friends with locals.

10. What struck you most of all once you came here? Is it jaw-droppingly expensive cars or beautiful women?

Paolo: Women yes, but also why there are so many flower shops. Sometimes situated next to each other, both opened 24 hours. Are Russian men that romantic or is it some kind of money laundering going on in there? No, but seriously, I have noticed a very flower centered dating culture here. Men giving a big bouquet of flowers to a woman on their date, and the restaurant staff puts a vase on the table for the flowers to stand in. Everyone are prepared for flour handling, it has that big of a part in the culture here. Also, I find the service at diners (cafés) and restaurants too slow at times. And there are some lingual things you need to understand. The word ”normal” here, is used as I would use the word ”ok”. I once talked to a Russian, and we went past a place. I asked ”Is this place good?” and the answer was ”It’s normal.”. It’s normal? Well, yes, it is normal I guess. It looks normal. Is it good? It’s normal. You can hear people use it to describe others. He’s normal, she’s normal.

Guiseppe: No middle class as it is, like there is a huge gap between poor and rich people.

Russian people won’t take you for granted once they know you are an expat, they simply don’t understand what made you come here, you should deserve their smile, their good attitude to yourself, but once they know you better — they will love you till the rest of your life.

It simply takes them time to get to know you better so they can make sure you are a person they can trust.

Russians have been long convinced the living standards in the US and Russia are much higher — that's why foreigners coming to work here regularly surprise Russians, whereas expats are attracted to Russia by low income tax-it's mere 13% compared to Europeans' 40%, so basically you can earn good amount of money here, nowadays, because of foreign exchange rates too.

It doesn’t matter what motivated you to move to another country, be it an attractive contract from you employer or just a feeling it’s the only right decision you could make at that point in time. The most important thing is to enjoy it!