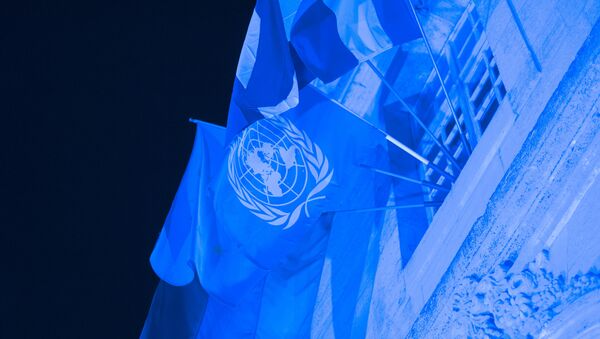 The world’s most famous landmark sites are lighting up blue on Saturday in celebration of the 70th anniversary of the United Nations.

United Nations Achieves Global Goals 70 Years After Creation
MOSCOW (Sputnik) – The United Nations Day has been celebrated on October 24 since 1948. UN Day marks the anniversary of the entry into force in 1945 of the UN Charter.

The landmarks that have joined the campaign include the Great Pyramids of Giza in Egypt, the statue of Christ the Redeemer in Rio de Janeiro, the Empire State Building in New York, the Leaning Tower of Pisa in Italy and Russia’s Hermitage Museum.

The United Nations was established after World War II, on October 24, 1945, to promote international cooperation and peace and prevent conflicts.

The creation of the organization was negotiated by the Soviet Union, the United States, the United Kingdom and China.