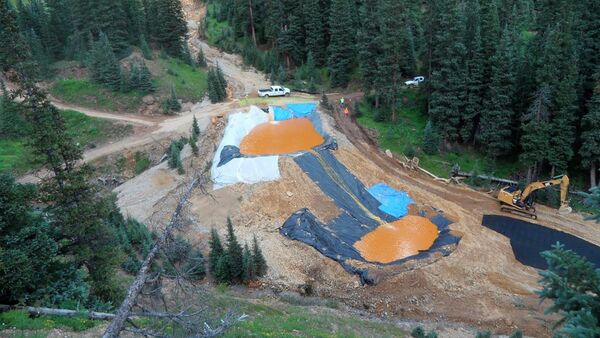 The EPA was trying to gradually drain and collect contaminated water that was seeping out of the Gold King Mine and poisoning local streams in an area high in the Rocky Mountains in the southwestern part of the state.

Instead, on August 5, an agency team caused a blowout, releasing yellow-orange wastewater that ultimately contaminated rivers in three states with dangerous heavy metals including arsenic and lead, temporarily shutting down drinking water supplies and cropland irrigation.

The Interior Department, following an inquiry that was requested by the EPA, released a 132-page report Thursday saying the EPA crew rushed its work and failed to consider the complex engineering involved, triggering the very blowout it hoped to avoid.

After the spill, EPA officials said the blowout was "likely inevitable" because millions of gallons of pressurized water had been bottling up inside the mine.

But the Interior report refutes that assertion, saying the team could have drilled into the mine from above, gauged the potential for a blowout and planned accordingly.

"This error resulted in development of a plan to open the mine in a manner that appeared to guard against blowout, but instead led directly to the failure," according to engineers from Interior's Bureau of Reclamation, who spent two months evaluating the accident.

The report said similar disasters could occur across the United States in the estimated hundreds of thousands of abandoned mines that have yet to be cleaned up.