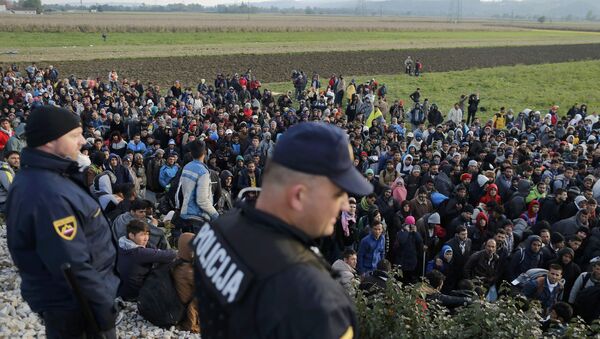 "We will get maximum assistance in the form of personnel, equipment and financial aid," Gyorkos Znidar said Wednesday, as quoted by the Vecer newspaper.

The minister’s words come in light of media reports that over 12,600 refugees have arrived in Slovenia in the past 24 hours, a daily record amid an ongoing migrant crisis in Europe and the Balkans.

On Tuesday, Slovenia deployed soldiers to assist police who were unable to manage crowds of migrants moving through the country to northern Europe.

Tens of thousands of migrants on the Croatian-Hungarian border streamed into Slovenia last week after Hungary closed its borders with Croatia, citing the need to protect the European Union’s frontiers.

Slovenia attempted to introduce caps on border crossing, only allowing 2,500 people in daily, but let more people through after thousands of people were stranded on its border with Croatia.

Over 710,000 migrants arrived in the European Union within the first nine months of 2015, according to the EU border agency Frontex.