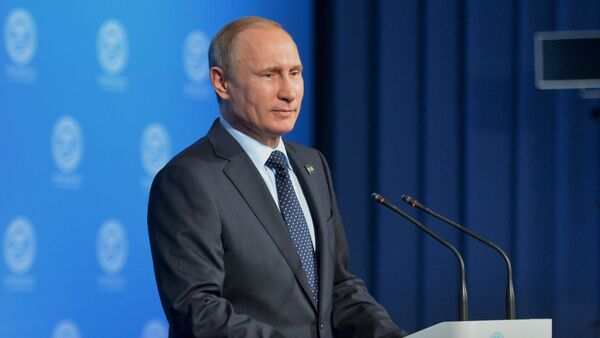 “The approval rating of Vladimir Putin’s activities has set a new record of 89.9 percent, breaking the previous record set in June 2015 [of 89.1 percent],” VTsIOM reported.

The pollster said that the most important factor in the high approval rating was due to Putin’s efforts in Syria, including airstrikes targeted at the Islamic State jihadist group.

Russia launched its operation in Syria on September 30, carrying out several hundred airstrikes and destroying much of the militants’ infrastructure.

Putin’s previous record beat the last year’s result of 86 percent and his June 2013 rating of 63 percent.

In April, the readers of Time magazine named Putin the most influential figure of 2015, beating all other world leaders to the top spot. The US media outlet has also named Putin the "Person of the Year" in 2007.