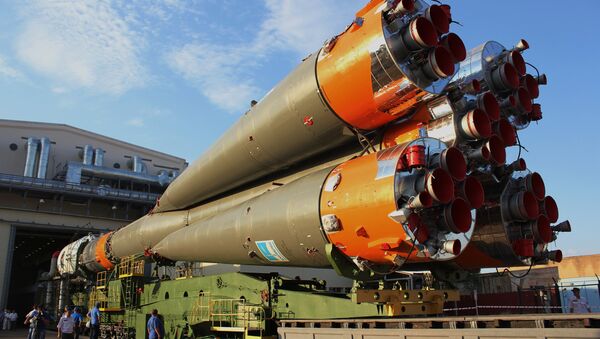 © Sputnik / Oleg Urusov
/
Go to the photo bank
Subscribe
Belarus and Russia will announce technical specifications for a new Belarusian satellite for remote sensing of the Earth within a few months, head of Russia's Federal Space Agency Roscosmos Igor Komarov said on Thursday.

Russia Plans to Propose Joint Satellite System to India
MINSK (Sputnik) – In June, President of the Belarusian Academy of Sciences Vladimir Gusakov announced that Minsk had turned to Moscow to construct a new satellite to replace the existing Belarusian BelKa-2 Earth remote sensing satellite, launched in 2012, and facing non-operational status by 2018.