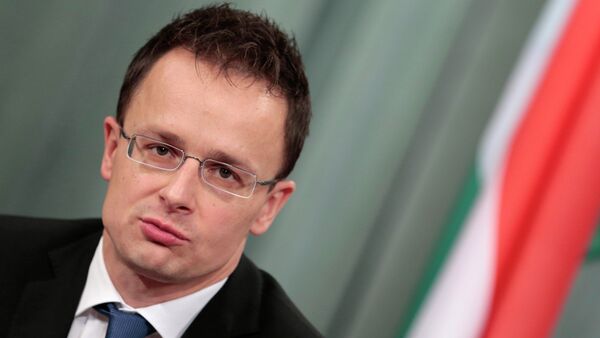 Earlier in October, the Hungarian government said it would host a NATO command center as part of the military bloc’s strategy to deploy a rapid reaction force in Europe. The Hungarian facility will reportedly be staffed by 40 Hungarian officers and is expected to become operational as early as next year.

One Way No More: NATO Rings Alarm Over Russia’s Might in Mediterranean
Similar centers have been set up in the Central and East European nations of Romania, Poland, Bulgaria and the three Baltic States – Latvia, Lithuania and Estonia.

The issue of establishing a NATO command center in Hungary was not discussed during the country's talks in Moscow on Wednesday, the minister told Sputnik.

Earlier in the day, Szijjarto participated in a meeting of the Russian-Hungary Intergovernmental Commission in Moscow.

"It was not mentioned in the meetings, Hungary is a member of NATO, so it is obvious that usually they upgrade infrastructure within alliance, so there is nothing unusual," the foreign minister said.

Russia has repeatedly warned that the increased NATO activity close to its borders is provocative and poses a threat to regional and international stability.