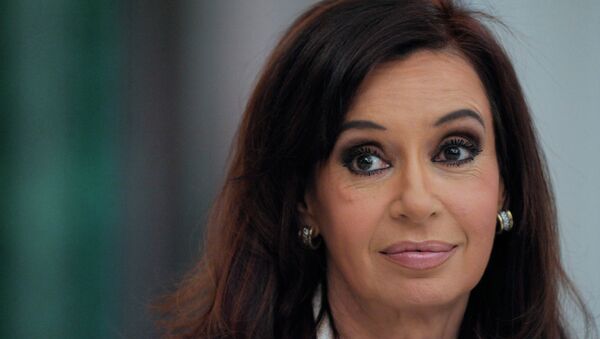 Cristina Fernandez de Kirchner told RT on Wednesday that Putin "has become a global leader in the fight against terrorism," adding that in her opinion "it helps break down hypocrisies so that people can see things more clearly and resolve the situation in the Middle East."

On September 30, Russia launched airstrikes on positions of the Islamic State (ISIL) jihadist group at the request of Syrian President Bashar Assad. ISIL radicals had made significant advances in the civil-war-torn Syria, as well as Iraq, threatening regional and global security.

The United States, which has been supporting the "moderate" opposition in Syria and calling for Assad to step down, has been carrying out airstrikes against ISIL since last year, but it has failed to push ISIL radicals out of the territories they had come to control.

On Friday, Russian President Vladimir Putin said that Moscow had made progress in its fight against ISIL and is currently discussing anti-terrorist cooperation with several Arab nations and Israel.