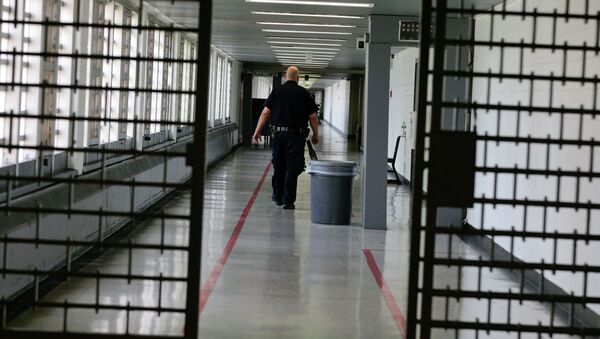 Black Man Thrown in Rikers Jail for Wearing a Hoodie
NEW YORK (Sputnik) — A US District court approved a list of reforms set to take place at the infamous Rikers Island jail in New York City, US Attorney Preet Bharara said in a statement.

"Today, the Court approved the landmark Rikers Island agreement," Bharara stated on Wednesday. "With the agreement now formally in place, the city can move quickly toward long overdue reforms at Rikers Island."

In January, the US Attorney’s Office announced a package of reforms at Rikers Island, including the creation of an independent monitor to oversee the jail as well as instituting new protections for inmates with mental health problems.

Furthermore, the reforms include new policies on the use force, as well as new protocols for inmates younger than 18 years old.

"This agreement establishes a detailed and comprehensive framework to reduce violence in the jails and to keep inmates and correction officers safe," Bharara added.

More than 100 stabbings have occurred at Rikers Island in fiscal year 2015, the highest number since 2009, according to the Department of Corrections.

In May 2013, Rikers Island was ranked as one of the worst prisons in the United States by Mother Jones magazine.