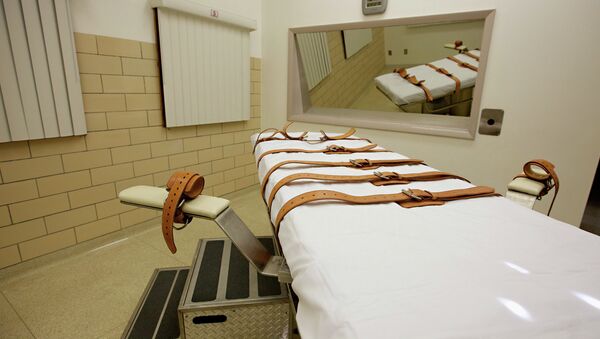 “While the Supreme Court's decision is not about the merits of the case, it is unfortunate that this further delays justice for the victims. I will continue to defend Arkansas's lethal injection statute and fight for the victims and their grieving families,” Rutledge stated on Tuesday.

The two men due to be executed and six other convicted killers on death row took legal action to challenge a law that kept secret data about lethal injection drugs, The New York Times reported on Tuesday.

In issuing its judgment, the Arkansas Supreme Court stated that the eight prisoners had raised “bona fide constitutional claims,” but they could not be resolved before the scheduled executions on Wednesday, the report said.

Arkansas Judge Halts Execution of 8 Death Row Inmates
This decision to postpone any definitive judgment on the case indicated that the judges sitting on the court were themselves in disagreement over it, the report noted.

The Arkansas Supreme Court issued its own stays of execution after striking down ones that had earlier been authorized by a judge in Pulaski County, Arkansas on the grounds that he lacked the authority to do so.

The death penalty has not been carried out in Arkansas since 2005 because of legal cases challenging the existing law on using lethal injections as well as the lack of drugs to prepare the lethal injection cocktail.

Despite growing popular and legal pressure to scrap the death penalty across the United States, many US states still practice it.

More than 800 people have been executed in the United States in the past 15 years, according to the non-profit Death Penalty Information Center. The state of Texas has put to death 329 people since 2000.

In the first week of October, three convicted murderers were executed in three different US states.