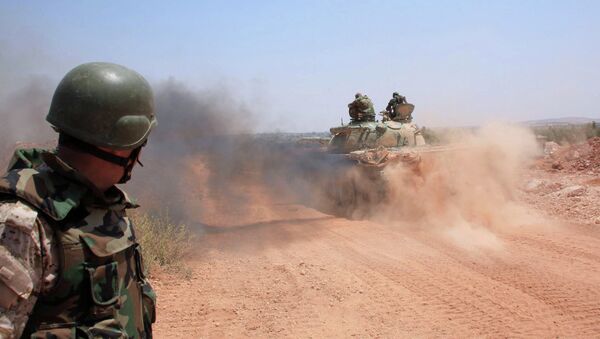 Syrian ambassador to Russia, Riyad Haddad, said there was “heavy fighting” ahead, as Syrian troops braced for a “decisive battle” to retake the country’s second largest city of Aleppo from jihadist terrorists.

'The Promised Battle': Syrian Army Begins Major Offensive Near Aleppo
“Half of the city remains in the hands of the terrorists, while the other half is under our control… Our troops, backed by Russian aviation, are encircling the city and preparing for a ground offensive. This is going to be a heavy fight because the terrorists are getting a lot of support from [Turkish President Recep Tayyip] Erdogan,” Haddad said in an interview with Gazeta.Ru.

The ambassador also said that Russian airstrikes had brought immediate results destroying many enemy strongholds and arms depots, and cutting off the terrorists’ supply routes.

“Another major result [of the Russian airstrikes] is that many terrorists have laid down their arms and surrendered to the Syrian army, while many others retreated towards the Turkish border,” the Syrian envoy added.

Riyad Haddad emphasized that the Syrian authorities were closely coordinating their actions with Russia, but maintained no contact with the command of the US-led coalition.