Moscow Believes Expansion of Estonia's Amari Airbase to Be Provocative 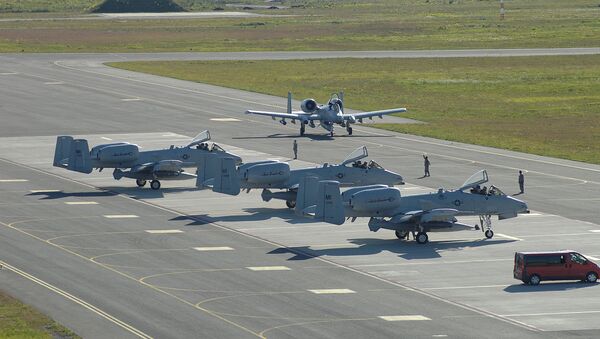 Really? NATO Respects Duty to Not Build Bases Near Russia - US Commander
MOSCOW (Sputnik) – Moscow believes Estonia’s expansion of its Amari Airbase to be provocative and aimed at destabilizing the situation in Eastern Europe, the Russian Foreign Ministry’s department of information said in a commentary Tuesday.

“In light of the continuous speculations on the necessity of deploying additional permanent military presence from [NATO] country members, first and foremost from the United States on the ‘eastern flank’ of the bloc, we view this announced preparation [of expanding the airbase] as a blatant provocative step with the goal of destabilizing the situation in of the most traditionally stable regions from the point of view of military security in Europe,” the commentary reads.

Earlier, the commander of Estonia’s Air Force announced that NATO’s Air Force planed to expand its infrastructure at the Amari Military Airbase that was meant for civilian aviation.

The Amari airbase has been used by NATO since 2014.