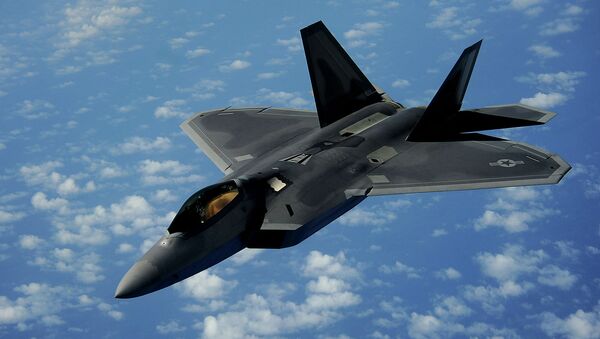 "Lockheed Martin Corp. [of] Fort Worth, Texas, has been awarded a $7, 566, 978 modification contract to provide F-22 sustainment for Reliability and Maintainability Maturation Program Project," the release stated on Tuesday.

The new contract is an addition to a previous one Lockheed Martin had with the US Air Force, and will involve the manufacture and supply of 20 wraparound tester cable sets and two self-tester systems for the maintenance of the aircraft, the release explained.

"Work will be performed at Fort Worth, Texas, and is expected to be complete by November 30, 2017," the release added.

The F-22 was designed as an air superiority fighter, but is also used for ground attacks, electronic warfare and signals intelligence. Lockheed Martin is the prime contractor for the F-22 fighter jet.