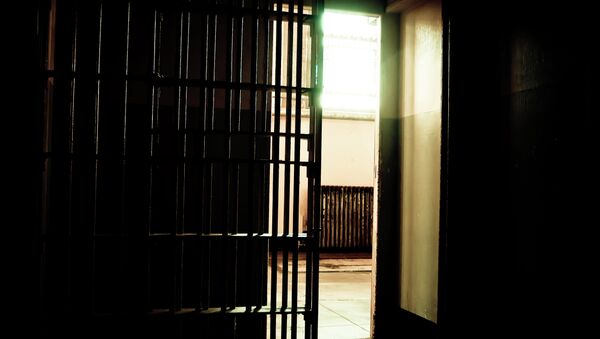 © Flickr / sean hobson
Subscribe
US advocacy group Conservatives Concerned About the Death Penalty Advocacy Coordinator Marc Hyden claims that the proposal to postpone the repeal of death penalty in Nebraska is irrational.

WASHINGTON (Sputnik) — The proposal to postpone the repeal of death penalty in Nebraska is irrational because the state's capital punishment program is flawed with wrongful convictions and high costs, US advocacy group Conservatives Concerned About the Death Penalty Advocacy Coordinator Marc Hyden told Sputnik.

"No matter how much money Governor Ricketts and his family spend on this referendum, it does not change the basic fact that they are trying to sell Nebraskans a lemon – a government program plagued by wrongful convictions, high costs, and long delays," Hyden said.

On Monday, US advocacy group Nebraskans for the Death Penalty submitted the required number of signatures to postpone the repeal of the death penalty in the state, putting a referendum on the issue onto the 2016 election ballot.

FDA Foils Nebraska's Plan to Execute 10 Inmates Despite Death Penalty Ban
Hyden added that "the broken nature" of the capital punishment in Nebraska has been "on full display with the ongoing fiasco surrounding the Governor’s attempts to illegally import lethal injection drugs from overseas."

The coordinator said that over the next year rights groups will be educating Nebraskans about the "unavoidable problems" that come with the state’s death panalty.

"At the end of the day, Nebraskans will have the opportunity to voice their disgust over the flawed death penalty system – just like the super-majority of Nebraska lawmakers who voted for its repeal," Hyden said.

In October, three US state – Oklahoma, Montana, Arkansas — placed a hold on all death row executions.

Capital punishment is currently legal in 31 US states, while the practice has been abolished in the other 19 states.