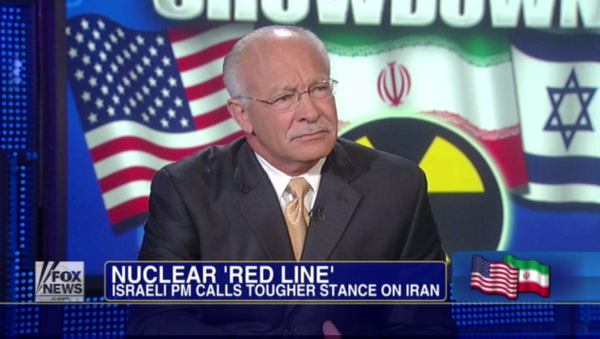 Fox News expert Wayne Simmons, who claimed to have worked as a CIA operative for 27 years, has been arrested on charges of major fraud against the United States and making false statements to the government.

Simmons served as an expert on Fox News since 2000 and talked about various subjects such as the CIA’s presence in Benghazi, ISIL and CIA tortures.

Simmons repeatedly commented on a number of political issues. For instance, it was him who called US House Minority Leader Nance Pelosi a “pathological liar”, criticized the policies of the Democrats and claimed that there were 19 paramilitary Muslim training facilities in the United States.

CIA Torturers Should be Held Accountable to Prevent Future Abuses
Simmons was arrested for allegedly lying about his CIA career as a special operation officer from 1973 to 2000. It turned out that he never worked for CIA and he could now face a maximum penalty of 35 years in prison if convicted.

“He never worked for the CIA at all. He’s been a liar, he’s been for fifteen years on Fox News on one issue after another,” Brad Friedman from radio Sputnik's BradCast said while discussing Simmons’ recent arrest.

“No, we don’t have 19 paramilitary training camps in the US,” Friedman added, commenting on Simmons’ statement.

According to Friedman, his lies have affected millions of people, who watched the program and took his statements on trust.