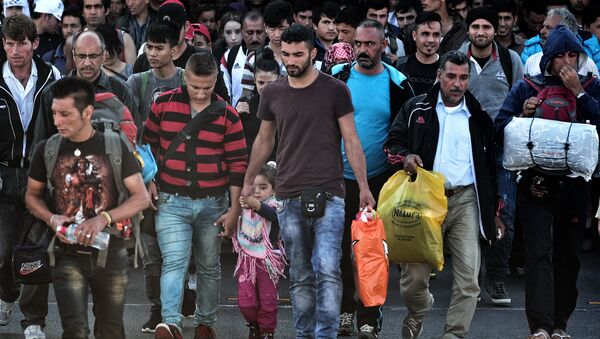 An Iraqi Kurdish refugee helped us shed light on the fact why the visible majority of the refugees are young males, and complained over Hungarian girls at discos.

Vasily Raksha — During the old peaceful times school graduate Ahmed helped his father with shawarma business in the Iraqi town of Jalawla. Their life was complicated by religious disagreements but was still tolerable. But when Islamic State terrorists assaulted the town, aimed to massacre all Kurds, the young man's family fled the violence, finding safe haven in Turkey.

Ahmed's father bore arms against the aggressor and joined Peshmerga — the Kurdish military formation — and left for Syria. He never returned.

"I want to see my father's grave but I can't and I don't even know where it is."

Is This Sparta? This is Asotthalom! Sputnik Patrols Hungarian Border Fence
With a mother, two younger brothers and two younger sisters, 20-year-old Ahmed had to bear the responsibility as the oldest man in the family. They were too poor to go to Europe together — only one of them could. So they raked up all the money they had and sent Ahmed to the EU with a goal to obtain documents that enable the transfer of the whole family.

So the migration scheme with men being the pathfinders may have three reasons: first, men are the most probable targets of wars and want to survive; second, Muslim men are more socially active than women which is important for getting documents and integrating in Europe; third, women have to take care of a lot of children in big Muslim families. So Middle Eastern refugees kill all those ducks with one stone: they save the men from war and get a stronger foothold in Europe at the same time. 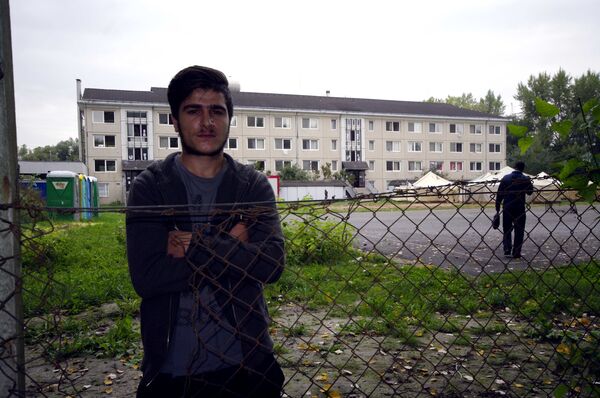 US May Make Central Europe World War III Epicenter, Provoked Immigration
Ahmed lived for nine months in Sweden but was deported from there because his fingerprints were taken in Hungary as the country of entrance to the EU.

He dreams about becoming a football player.

"I play very good football! I played in Sweden in the town of Goteborg for five months!"

He has spent six months in a refugee camp near the Hungarian town of Gyor asking the authorities to "delete his fingerprints and give him his passport" because he does not want to stay in Hungary, though he likes locals.

"All of Europe is good. Only Hungary is bad: little money, little food."

‘I Will Never Force My Eurowife to Put On Scarf’ – Afghani Refugee
The social benefit he receives is 20 euro per week for food plus 20 euro per month for pocket expenses. Not too much, of course, in comparison with ample benefits in Germany, but the sum nearly equals to the minimum salary in Hungary of 50,000 forints (161 euros).

The camp does not have many kinds of entertainment: tennis and billiard are gone, and its inhabitants have to play football with a basketball ball. They have only one TV-set for all.

"Here we only sleep and look at our phones."

The young man grumbled at Hungarian girls who rejected his attempts to become acquainted.

"I went to discos, and the girls are nice, but when me and all people from Syria, Afghanistan and Pakistan say ‘hello' and try to speak to them they just turn their backs on us."