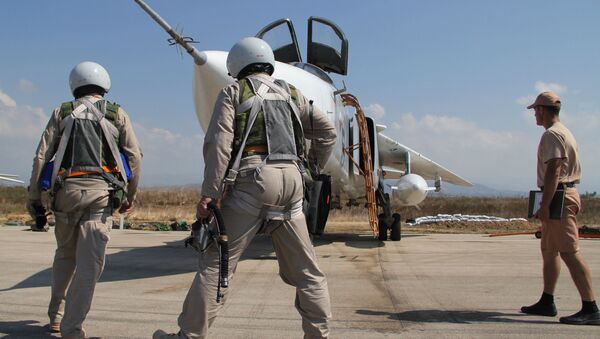 © Sputnik / Dmitriy Vinogradov
/
Go to the mediabank
Subscribe
International
India
Africa
The Russian military operation in Syria has led to a division in NATO. For the first time a NATO country – Slovakia – has taken Russia’s side and supported their involvement in the war-torn country.

The Prime Minister of Slovakia, Robert Fico, a NATO member country, has come out in support of Russia’s involvement in the Syrian conflict.

"Whether an American attack on the targets of the Islamic State or a Russian attack would be successful, in both cases this is the same thing," Fico said in an interview with the Slovak Radio on Saturday, adding that a successful resolution of the conflict also requires participation of the Syrian head Bashar-al-Assad.

On Saturday, Russia continued its airstrikes against the ISIL terrorists. According to the Russian Defense Ministry, the Russian Air Force had carried out about 40 new attacks in Syria over the last 24 hours, destroying 49 terrorist targets.

Battle Against ISIL: Russia Exposes US Lies in Syria
Russian major-general Igor Konashenkov said that the ISIL terrorist militias have changed their tactics amid airstrikes and "decentralized" their ammunition stores and command posts. However, Russian fighter jets have still managed to discover and destroy several positions of the terrorists.

Earlier, Russian Prime Minister Dmitry Medvedev stated that Russia is defending its national interests in Syria and stressed that it is acting according to an official request of the local leadership.

In his statement, however, Medvedev slightly distanced himself from Syrian President Bashar-al-Assad, saying that the goal of Russia’s military operation is not to back up the current Syrian government, but to fight the terrorists who took large parts of the country under control.