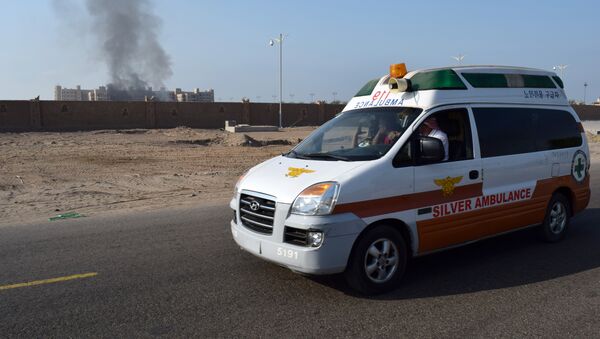 Airstrike Kills Over 20 at Yemen Wedding Party
DUBAI (Sputnik) – Armed assailants opened fire at the humanitarian worker in the Mansura district before fleeing, witnesses said as quoted by the Bahraini Al-Wasat daily.

No organization or group claimed responsibility for the attack.

This is the first shooting death of a UAE national in Aden following its liberation from the Houthi rebels by the Saudi-led Arab coalition in July. The UAE Red Crescent provided humanitarian assistance to the population of Aden since the port city was recaptured from the Shiite Houthis.

The United Nations places the UAE as the second-most provider of humanitarian aid to Yemen at $200 million, behind Saudi Arabia.