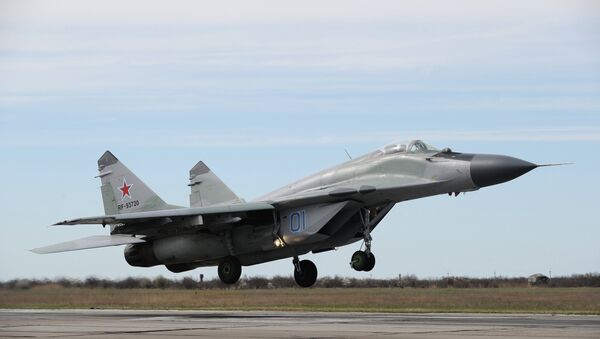 © Sputnik / Sergey Pivovarov
/
Go to the photo bank
Subscribe
Three advanced Su-30SM fighter jets have reportedly been put into service at a Russian Aerospace Forces regiment based in the country's Rostov region.

The press service said that twenty more such warplanes will be delivered to the Rostov regiment before the end of this year. 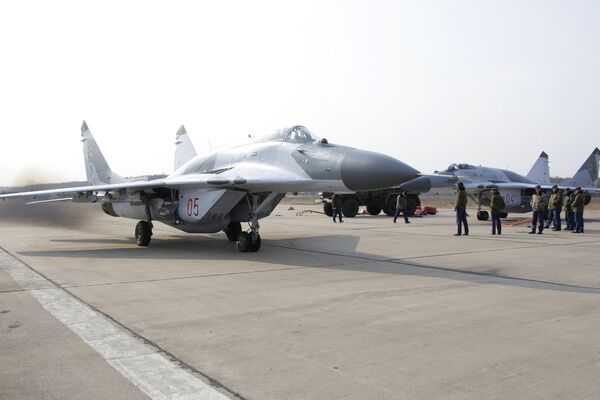 Experts from the Center for the Analysis of Strategies and Technologies have, meanwhile, argued that the regiment is the last Russian Aerospace Forces unit to still include the Soviet-made MiG-29 fighters.

The experts referred to the unit as the 31st Fighter Aviation Regiment of the 1st Mixed Air Division of the Russian Aerospace Forces. 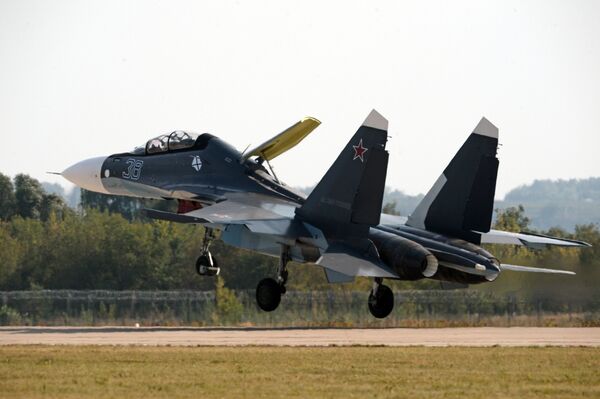 They said that in light of the planned deliveries of the Su-30SMs and MiG-29SMT to the Rostov regiment, it is already safe to say that the "career" of the MiG-29 fighters in the regiment has come to a close.

The MiG-29SMT is an improved version of the MiG-29 Fulcrum fighter aircraft, designed by the Russian Aircraft Corporation MiG.The plane is equipped with high-precision air-to-air and air-to-surface weapons, which can deliver high combat efficiency against aerial-, ground-, and sea-based targets. The aircraft incorporates enhanced cockpit and avionics, additional fuel tanks, an upgraded engine, and increased weapons carriage capacity. 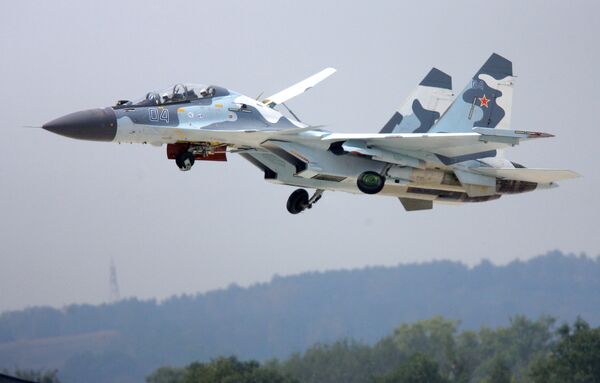 As for the Su-35SM, it is a super maneuverable multirole 4++ generation Russian jet fighter. It was developed by the Sukhoi Design Bureau as a modernized version of the Su-30MK fighter family.

Russia's Black Sea Fleet in Crimea Receives SU-30SM Fighters
Its equipment has been adjusted to meet the requirements of the Russian Aerospace Forces, including its radio-radar and communication systems, modernized ejection seat as well as advanced support systems.

On August 1, 2015, the Russian Air Force, along with the Aerospace Defense Forces and the Air Defense Troops, was merged into a new branch of the Armed Forces: the Russian Aerospace Forces.