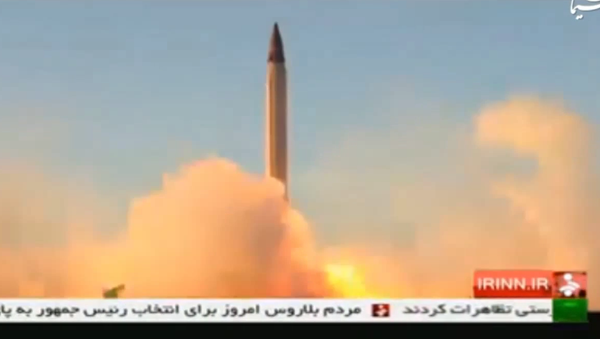 WASHINGTON (Sputnik) — On Friday, US Ambassador to the UN Samantha Powers confirmed that Iran had tested a medium-range, nuclear-capable ballistic missile on October 10.

"We are in the process of preparing a report, obviously to the Security Council’s Iran Sanctions Committee, and in the coming days we are going to raise the matter directly with our Security Council colleagues," Toner said when asked about US actions to respond to Iran’s ballistic missile test.

Toner would not say whether the United States is considering unilateral sanctions to respond to Iran’s missile test, but noted certainly reserves the right to do so.