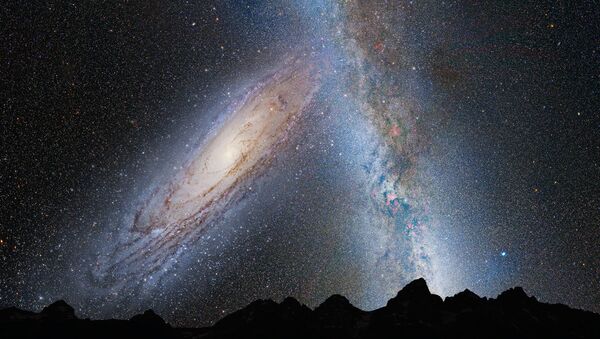 Astronomers have been looking at the KIC 8462852 star system with puzzled anticipation.

Tabetha Boyajian, astronomer at Yale University, has been studying the star’s anomalous flickering. The star dims drastically every few years.

“It was kind of unbelievable that it was real data,” said Boyajian. “We were scratching our heads. For any idea that came up there was always something that would argue against it.”

Boyajian wrote a paper trying to explain the star’s erratic behavior, published in the Monthly Notices of the Royal Astronomical Society.

She also sent the data to fellow astronomer Jason Wright at Penn State, who devised a protocol for seeking signs of civilization.

KIC 8462852 was found through Yale’s Planet Hunters project, launched in 2010 using data points from the Kepler Space Telescope. Anybody in the world on the internet could log on to Planet Hunters and analyze 150,000 stars in the Milky Way galaxy and note telltale drops in brightness in order to determine whether a planetoid object was transiting the star.

Typically, a Jupiter sized planet would only dim KIC 8462852 by 1% during transit, hardly an eclipse, but noticeable enough for data sets to indicate a large mass. Whatever is causing the dips on this star is much bigger than Jupiter. 800 days into the survey, the star’s brightness dropped 15%, by day 1500, 22%.

Boyajian’s team discounted the possibility of telescope error. No other set in the data has shown anything like this. KIC 8462852 is 1,481 light years from Earth, so what we are seeing is what would have been happening during Earth’s 6th century AD. 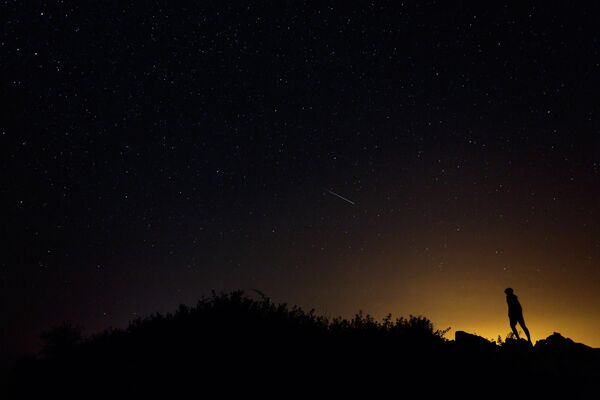 A Perseid meteor along the Milky Way illuminates the dark sky near Villadiego in the province of Burgos, northern Spain, during the "Perseids" meteor shower on August 12, 2015
© AFP 2022 / CESAR MANSO

Aliens, swarms of megastructures, Dyson Spheres. While the possibilities of an ultra-advanced civilization are remote, Wright said that they shouldn’t discount those possibilities.

“We should approach it skeptically,” said Wright.

World
Robotic Snowden Says Aliens May Be Hiding Something From Us

Dyson Spheres, first hypothesized by theoretical physicist Freeman Dyson, would be megastructures that would possibly encompass an entire star, capturing its power for some advanced civilization.

Science fiction writers have written Dyson Spheres into stories for years. But they would not likely be a million miles long chain of solar panels or a colony; rather, they would be expected to be a swarm of objects.

Boyajian, Wright and Andrew Siemion, director of SETI at Cal-Berkeley, are going to be pointing massive radio dished at KIC 8462852 to study the waves being emitted from the star.

Until those data sets are made public, we could perhaps use NSA whistleblower Edward Snowden’s interest in theoretical alien cryptology to figure out how we can crack what signals we may find.