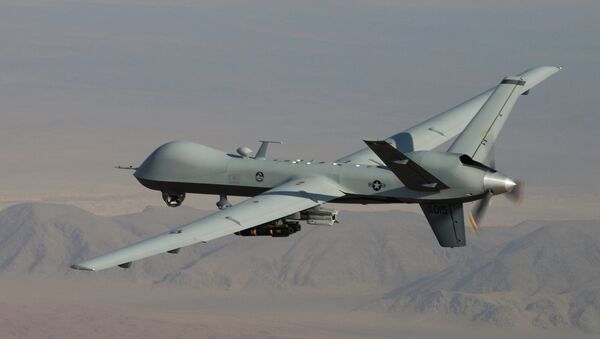 © AP Photo / Leslie Pratt, US Air Force
Subscribe
During a five-month stretch of a US Special Forces campaign in Afghanistan, nearly nine out of 10 people killed in airstrikes were not the intended targets, according to classified documents leaked to the Intercept.

From 2011 to 2013, US Special Forces, backed by the CIA and intelligence community, set out to hunt and kill Taliban and al-Qaeda that remained hidden in the Hindu Kush mountain range along Afghanistan’s northeastern border with Pakistan.

By February 2013, Operation Haymaker airstrikes had resulted in no more than 35 “jackpots,” a term used to signal the neutralization of a specific targeted individual, while more than 200 people were declared enemy killed in action (EKIA), the Intercept reported.

According to the intelligence community source who provided the documents on the Haymaker campaign, it was common to label the dead as “enemies” until proven otherwise. Identifying those killed often involves assumptions, particularly if the dead include military-age males (MAMs), he said.

“If there is no evidence that proves a person killed in a strike was either not a MAM, or was a MAM but not an unlawful enemy combatant, then there is no question,” he said. “They label them EKIA.”

In the case of airstrikes in a campaign like Haymaker, the source added, missiles could be fired from a variety of aircraft. “But nine times out of 10 it’s a drone strike.”

A comparison of raids (described as “enabled ops”) and airstrikes (described as “kinetic strikes”) reveals significant differences in the total number of prisoners taken versus individuals killed during an intensified period of Haymaker operations. EKIA = Enemy Killed in Action; JP = Jackpot.
© The Intercept

The materials obtained by the Intercept make just one explicit mention of civilian casualties.

“The 14 civilian casualties is highly suspect,” said the source. “I know the actual number is much higher. But they make the numbers themselves so they can get away with writing off most of the kills as legitimate.”

By 2013, Haymaker was amassing a significant body count but making little headway against al-Qaeda forces in the region, the Intercept reported. 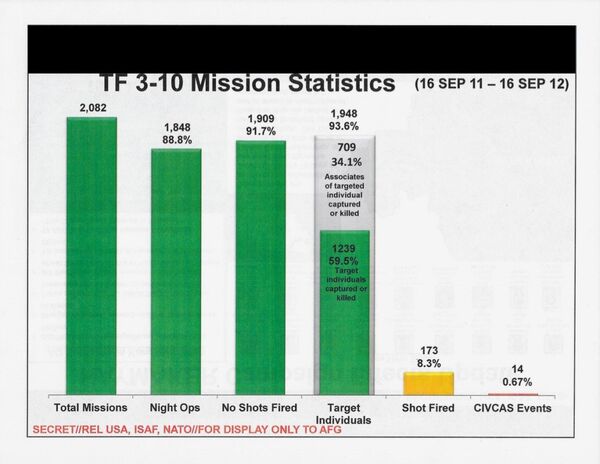 A breakdown of 2011 to 2012 mission statistics for Task Force 3-10, a US special operations task force responsible for missions in Afghanistan at the time.
© The Intercept

According to the documents, individuals continued to return to Pakistan to support operations in and outside of Afghanistan. While “nascent developments in some valleys” indicated that locals were “tiring” of al Qaeda’s efforts to “root out spies as a perceived method to stopping strikes,” the strikes and raids themselves had “succeeded in killing/capturing few [al Qaeda] targets.”

As the documents noted, Haymaker’s impact on al-Qaeda and Taliban enablers in Kunar and Nuristan was “considered temporary without a long-term, persistent campaign.”