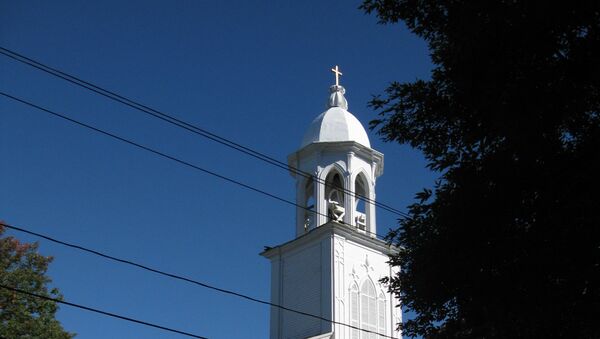 © Flickr
Subscribe
International
India
Africa
Two teenage brothers were beaten by their parents and other members of the World of Life Christian Church in New Hartford, New York, one of the them died as a result.

MOSCOW (Sputnik) – Police continue their investigation amid locals’ reports that the World of Life Christian Church, located about 250 miles north of New York City, could be a cult.

"The [church] session turned physical. Both brothers were continually subjected to physical punishment over the course of several hours in hopes that each would confess their prior sins and ask for forgiveness," New Hartford Police Chief Michael Inserra told reporters on Wednesday.

The assault took place on Sunday. One of the brothers, 19-year-old Lucas Leonard, was taken to the hospital by family members on Monday and was pronounced dead later in the day.

Lucas’s brother, 17-year-old Christopher, was hospitalized later on Monday and remains in serious condition, according to police.

The teenagers’ parents, Bruce and Deborah Leonard, were charged with first-degree manslaughter. The victims’ 33-year-old sister, Sarah Ferguson, was also arrested along with three other church members. All of the arrested pleaded not guilty.

Bruce and Deborah Leonard were dispatched to the Oneida County jail after they were not able to pay $100,000 bail.