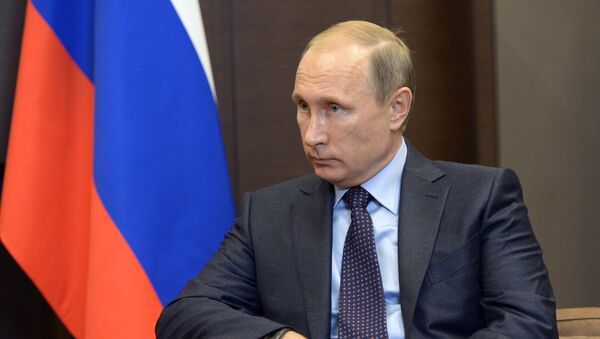 © Sputnik / Aleksey Nikolskyi
/
Go to the mediabank
Subscribe
International
India
Africa
The United States is not interested in meeting with a Russian delegation of military top brass to coordinate actions in Syria until Moscow changes its approach to fighting terrorists in the country, White House Press Secretary Josh Earnest said in a briefing on Wednesday.

WASHINGTON (Sputnik) — On Tuesday, President Putin said that Moscow had proposed to send a Russian delegation, headed by Prime Minister Dmitry Medvedev, to Washington, as well as to hold a meeting on the Syrian issue in Moscow.

“As described by [Russian] President [Vladimir] Putin, this was a delegation that could facilitate military cooperation coordination between the United States and Russia,” Earnest said. “To be blunt about it, we have said that we are not interested in doing that, as long as Russia is not willing to make a constructive contribution to our counter-ISIL [Islamic State] effort.”

Lavrov also said that a Russia-US agreement on prevention of accidents in Syria’s airspace should be implemented any day.

The US-led coalition and Russia are currently carrying out airstrikes against the Islamic State terrorists in Syria.

The United States has been critical of Russian efforts, arguing that Moscow’s actions empower the Assad government, which Washington considers illegitimate.

The US-led international coalition has been conducting airstrikes against Islamic State militants in Syria since 2014 and also training and arming the so-called moderate opposition. Washington has also been urging political transition in the country.

The US and Russian authorities have held three rounds of discussions on deconflicting mechanisms in Syria since the beginning of Moscow’s operation in the country.