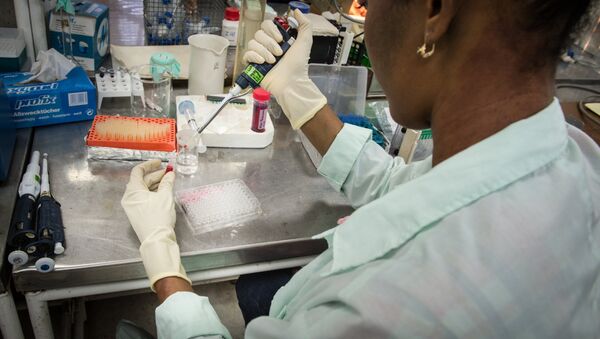 Scientists conducting research into the development of a malaria vaccine made a chance discovery that armed malaria proteins can kill cancer cells.

Research Raises Hope of Brainwashing Cure for Alzheimer's
A protein produced by the malaria parasite can be used to attack cancer cells, researchers in Denmark have announced, who made the discovery when trying to find a vaccine to protect pregnant women from malaria.

"For decades, scientists have been searching for similarities between the growth of a placenta and a tumor. The placenta is an organ, which within a few months grows from only few cells into an organ weighing approximately two pounds [0.9 kilograms], and it provides the embryo with oxygen and nourishment in a relatively foreign environment," said Ali Salanti, a professor at the Department of Immunology and Microbiology at the University of Copenhagen.

"In a manner of speaking, tumors do much the same; they grow aggressively in a relatively foreign environment."

Seeing Straight: Study Sheds New Light on Nature of Psychotic Hallucination
During the course of their research, the international team of scientists from Denmark and Canada found that the mosquito-borne parasite produces a protein, called 'VAR2CSA,' that attaches itself to a particular type of sugar molecule found in the placenta. The same sugar molecule is also found on the majority of cancer cell types.

"We examined the carbohydrate's function. In the placenta, it helps ensure fast growth. Our experiments showed that it was the same in cancer tumors. We combined the malaria parasite with cancer cells and the parasite reacted to the cancer cells as if they were a placenta and attached itself," explained Salanti.

The researchers then tested the malaria protein on a broad range of cancer types, from brain tumors to leukemia, using it as a tool to deliver cancer killing toxins to the tumors. After testing thousands of samples, they found the combination able to attack more than 90% of all types of tumors.

"By conducting tests on mice, we have been able to show that the combination of protein and toxin kill the cancer cells," said fellow researcher Mads Daugaard, co-author of the paper published about the study in the journal Cancel Cell.

The researchers say that questions remain regarding whether the treatment can work on humans, and whether the human body can tolerate the doses needed without developing side effects.

While tests of the therapy on humans are at least four years away, the scientists say they are optimistic because the protein appears to attach itself to a carbohydrate that is only found in the placenta, and in cancerous tumors in humans, meaning that only pregnant women would be unable to take part in a trial.