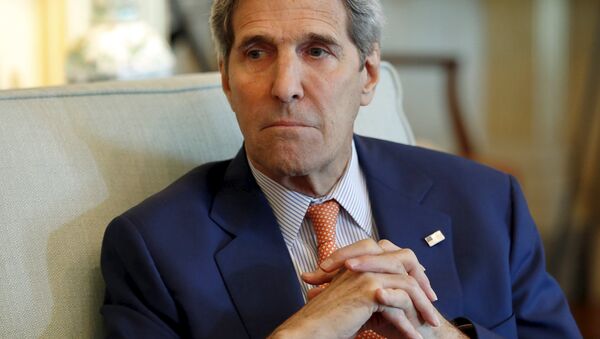 US State Secretary John Kerry will try to ease the tension between Israel and Palestine during a visit to the conflict area to be paid in the near future.

WASHINGTON (Sputnik) — Since the beginning of October, over 25 Palestinians and at least seven Israeli nationals have been killed in clashes, including knife stabbings. The recent spate of attacks follows last month's clashes in the East Jerusalem Temple Mount complex, which houses the Al-Aqsa Mosque, considered the third holiest site in Islam.

“I will go there soon, at some point appropriately, and try to work to reengage and see if we can't move that away from this precipice,” Kerry said Tuesday at the meeting with the Harvard University students.