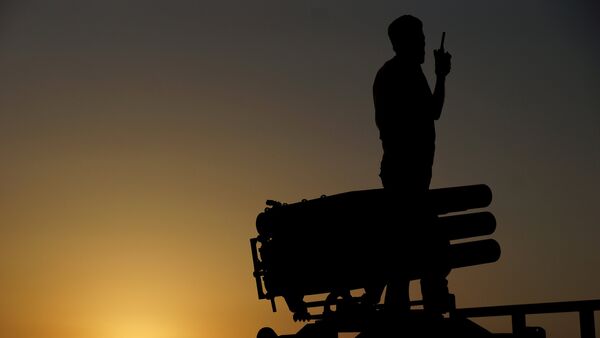 There is no guarantee that US weapons and ammunition deliveries to the Free Syrian Army would not fall into the hands of ISIL, according to Russia's president.

"Now they announced that they are supplying the Free Syrian Army with weapons, ammunition. Where is this Free Syrian Army? If they just unload and throw these arms, weapons and ammunition out of air, where is the guarantee that it would not fall into the hands of ISIL [Islamic State militant group] like it was during preparation of another makeup of the Syrian army?," Putin said.

"The United States itself admitted that the campaign failed, and now they just throw around arms and ammunition? For whom? This is not a rhetorical question," the Russian leader said.

Putin stressed that Russia's actions in Syria, unlike those of the US-led coalition, are fully in line with the international law.