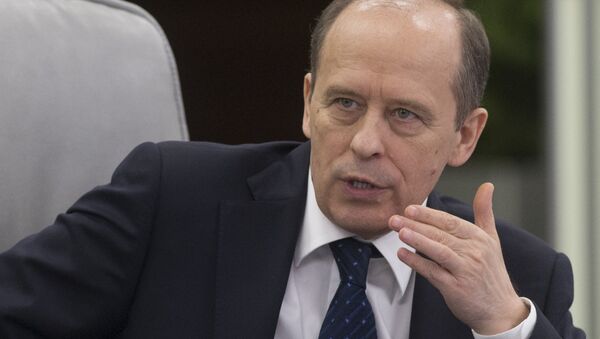 NALCHIK (Sputnik) — Syria has been in a state of civil war since 2011, with the country’s government fighting a number of opposition factions and radical Islamist militant organizations, including Islamic State (ISIL). Russia commenced precision airstrikes against ISIL targets in Syria on September 30, following a request from President Bashar Assad.

"There is information about attempts by terrorists to leave the combat zones [in Syria], using the established corridors of refugee transfer, and to enter the European and Asian states, as well as Russia, to conduct terrorist attacks," Bortnikov said.

Putin Questions Where US Weapons Deliveries to Syria Actually End Up
He added that the successful actions of government forces in Syria with the support from the Russian Armed Forces had destroyed several large militant targets.

Undocumented immigration, especially from Syria, to EU states has grown considerably during 2015, despite European Union efforts to combat human trafficking and to close routes used by people smugglers.

EU border agency Frontex estimates that some 630,000 migrants and refugees have crossed the Mediterranean to Europe since the beginning of 2015. Almost 3,000 people are reported to have died or gone missing en route.