Do it for the ‘Gram: Selfie-Obsession Means Big Bucks for Plastic Surgeons 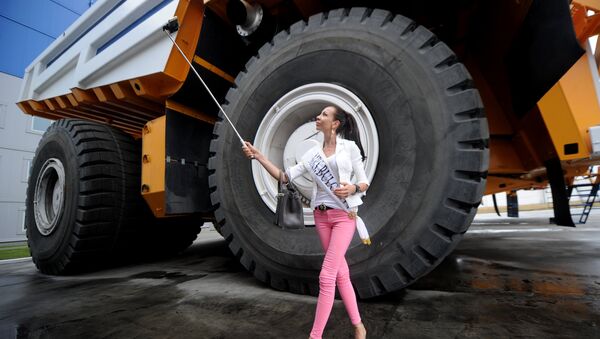 © AFP 2021 / SERGEI GAPON
Subscribe
Like it or not, we are living in the era of the selfie. For some, selfies bring fame and fortune. But obsession with getting that perfect self-portrait can wreak havoc on both the body and the mind. Doctors say so.

Plastic surgeons worldwide are reveling in the age of the selfie, as it’s bringing more and more clients to their clinics each year.

#SpaceSelfie! NASA astronaut Scott Kelly (@StationCDRKelly) takes a selfie with the Bahamas from 250 miles above Earth inside the Cupola, a special module of the International Space Station which provides a 360-degree viewing of the Earth. Kelly is one of two crew members spending an entire year in space. #selfie #Earth #baywindow #yearinspace #space #NASA #spacestation

This year’s report from the American Academy of Facial Plastic and Reconstructive Surgery (AAFPRS) showed an increase of up to 10% in the numbers of rhinoplasty, hair transplants and eyelid reduction surgeries since last year.

Many surgeons, according to the report, attribute the increase in business with people obsessively posting their self-portraits on social media and wanting to look better after scrupulously studying themselves, which, thanks to the selfie boom, occurs more often and with heightened attention now.

“[W]e see this image of ourselves so much more than in the mirror. That image that you see with the selfie… gives us this different image that isn't reality,” Kansas City facial plastic surgeon David Kriet told KCUR radio.

Excessive interest in one’s own appearance — which professionals warn can lead to unfortunate behaviors like conceit, egotism and self-absorption — is called narcissism. It’s considered a mental disorder, as narcissists tend to display a wide range of problems with socialization.

Not to mention that the hours spent working on that perfect shot could be spent on more productive pursuits.

“I click at least 30-40 selfies to get that perfect click, and then even after all the filters, it's not what I want… I just think if my nose was a bit slim, it would really up my selfie,” says Harshita Sharma, a resident of New Delhi, as cited by local media outlet NDTV.

And then there’s the harshest reality of all: each year dozens of people die trying to capture the most spectacular view in the background of the perfect self-portrait.
On the other hand, it can be argued that all those likes, shares and comments under one’s selfie has the power to boost self-esteem, a sense of belonging and connectedness with other people, which psychologists, obviously, consider a good thing.

There just have to be more constructive — and less expensive, and less life-threatening — ways to get there.