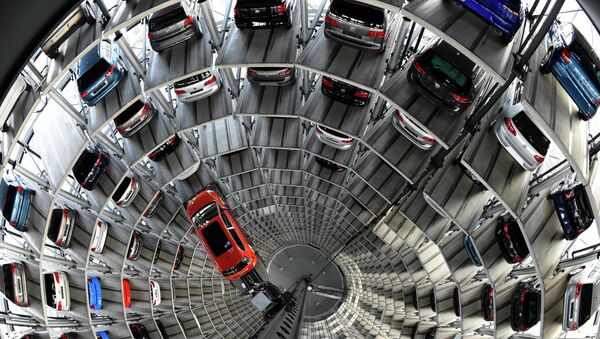 German automaker Volkswagen is withdrawing 1,950 diesel engine automobiles in China as they have installed software that falsifies emission tests, the General Administration of Quality Supervision, Inspection and Quarantine (AQSIQ) said.

Volkswagen US Chief Knew of 'Possible' Emission Non-Compliance in 2014
BEIJING (Sputnik) — As many as 1,946 imported Volkswagen Tiguan crossover vehicles have been withdrawn in China, the AQSIQ was quoted by the Xinhua news agency as saying Monday.

The US Department of Justice opened a probe into the company's activity, and the US government obliged Volkswagen to withdraw over 400,000 Volkswagen and Audi cars sold in the country during the period 2009-2015. Volkswagen may also face a fine of up to $18 billion.

Last week, Volkswagen Germany CEO Matthias Muller said that the company planned to begin a recall of cars involved in the emissions scandal.