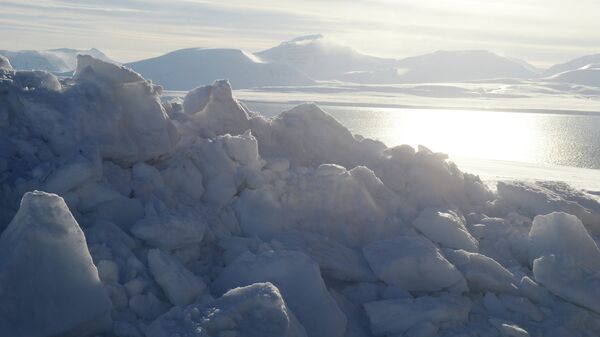 According to preliminary estimations, the Arctic reserves have nearly 100 billion tons of fuel, Alexei Kontorovich, Director of the Institute of Petroleum Geology and Geophysics of the Russian Academy of Sciences, told journalists.

"As for oil and gas reserves, the Artic is the new Western Siberia. According to geologists, the reserves have 100 billion tons of fuel – oil and gas. But the proportion of oil and gas is a point for discussion," he said.

Kontorovich added that currently the reserves are believed to 80 percent gas.

"Now it is premature to make conclusions. I think the share of oil could increase," he said.

Russia’s Military Operation in Syria Could 'Rescue' Global Oil Prices
Currently, the institute is exploring vast Arctic territories, including the areas from the Pechora Sea and the Barents Sea to the mouth of the Lena River. These are the regions which are now thought to be the largest oil fields.

Kontorovich underscored that Russia’s two largest energy companies – Rosneft and Gazprom – are also actively involved in the exploration, but they do not share information with scientists.